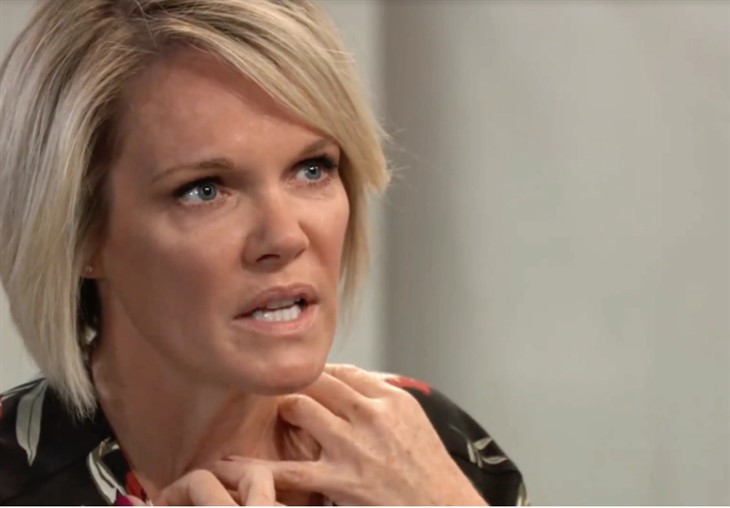 General Hospital (GH) Spoilers suggest that in Port Charles, NY Ava Cassadine (Maura West) will receive a mysterious gift for Valentine’s Day. Ava assumes that the gift is from Nikolas Cassadine (Marcus Coloma) who has recently proposed to her. However, Ava will be stunned to find out that the gift isn’t from Nicolas at all. Who sent the mysterious gift? Does it contain a warning of things to come?

General Hospital’s Nik married Ava because he was forced to. However, Ava and Nik have since fallen in love and want a real marriage. After leaving Nik to sweat for a little while, Ava accepted his proposal. Nik and Ava chose Valentine’s Day to celebrate. Nik will, of course, wine and dine with his wife. Nik will also probably buy her a meaningful gift. The waiter will soon show up with another gift and accompanying note. Ava will be shocked believing it is a surprise from Nik. Ava is stunned to learn that it isn’t from Nik at all.

GH Spoilers – Could Ryan Chamberlain Be Behind The Gift

General Hospital’s Ryan Chamberlain (Jon Lindstrom) has been obsessed with Ava for some time. Ryan has been placed in a minimum-security facility because he has been faking locked-in syndrome for months. Ryan is a very charismatic character and could have befriended someone at the facility. Ryan could have had someone send the gift to Ava knowing she and Nik were having dinner. Ryan could also have sent her a threatening message saying he is watching her and knows her every move. The note must be threatening somehow because, by the end of dinner, Nik will be promising to protect Ava.

General Hospital’s Spencer Cassadine (Nikolas Bechtel) has not been happy with his father’s decision to marry Ava. Spencer has insisted that Nik get rid of Ava or he would cut ties with him. Spencer is still upset with his father for faking his death. Spencer wants the Cassadine money, the Cassadine name, and doesn’t want Ava anywhere near him because of her former lies. Could Spencer be trying to scare Ava away from Nik?

Although Ryan or Spencer are the probable culprits, there could be another candidate who could have sent this gift. Perhaps Franco Baldwin (Roger Howarth) could be the mysterious sender. After all, Franco himself has admitted that he might have been the one to disfigure Ava’s portrait. Could Franco have sent the gift himself? Is Franco trying to separate Ava and Nik? Could Franco’s tumor be behind Ava’s woes? No matter who is behind the gift, Ava will be rightfully shaken. Will Ava and her family get through this safely?