New Days Of Our Lives Spoilers: Charlie Dale Is Dead And Innocent Sami Gets The Blame, Whodunnit? 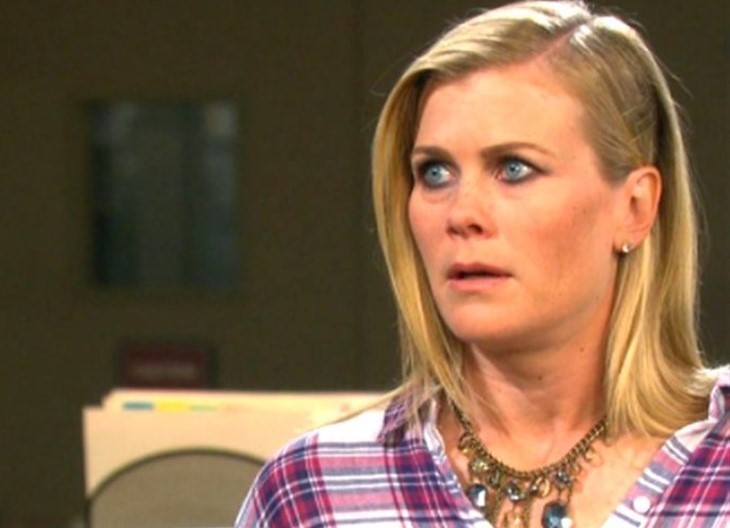 Days of Our Lives (DOOL) spoilers suggest that in Salem Allie Horton’s (Lindsay Arnold) rapist, Charlie Dale (Mike Manning) is about to wind up dead. Sami Brady (Alison Sweeney) is furious over what Charlie has done to her daughter but is innocent. However, Sami gets the blame for the crime, but who killed Carly?

Days Of Our Lives Spoilers – Charlie Dale Was Evil

Days of Our Lives Charlie was a very evil individual. Charlie is jealous of his brother Tripp Dalton (Lucas Adams) and wanted to get rid of him by framing him for rape. Charlie was completely dismissive of his victim when he left her apartment as well. Charlie also drugged his mother and tried to have her committed to a mental institution. Charlie has tried every way to cover his tracks. However, Charlie has also made a load of enemies in the process. Which one of them decided it was time for Charlie to die and took him out?

Days of Our Lives Sami has been on death row for murder before so it’s natural for her to be a suspect. However, Sami could get the blame for Charlie’s death by being in the wrong place at the wrong time. Sami could simply discover Charlie’s body before being caught with him. Sami has her hands full with her children and her boyfriend. Sami would not take the chase of going to prison or worse to kill Charlie. Rafe Hernandez (Galen Garin) should know this. What happens that Sami gets the blame for murder? How will Sami save herself?

Days of Our Lives Allie has already threatened to shoot Tripp and Rafe knows this. Allie was furious when Tripp didn’t admit to rape when she thought he was her attacker. In reality, Allie would be the prime suspect. However, her mother is the one with the bullseye on her back. Did Allie leave something of Sami’s behind at the scene?

DOOL Spoilers – Ava Vitali Could Have Done It

Days of Our Lives Ava Vitali (Tamara Braun) knows that Charlie will never let things go when it comes to his hatred for his brother. Ava also knows she isn’t safe as long as Charlie is alive. Ava or a member of the Vitali family could easily be behind Charlie’s death. However, could Ava kill her son?

Days of Our Lives has made an enemy of most of Allie’s family as well. Anyone in Salem could have killed Charlie but who would kill Charlie and frame Sami? Has Ava decided to kill two birds with one stone because she wants her grandson without Sami’s interference?