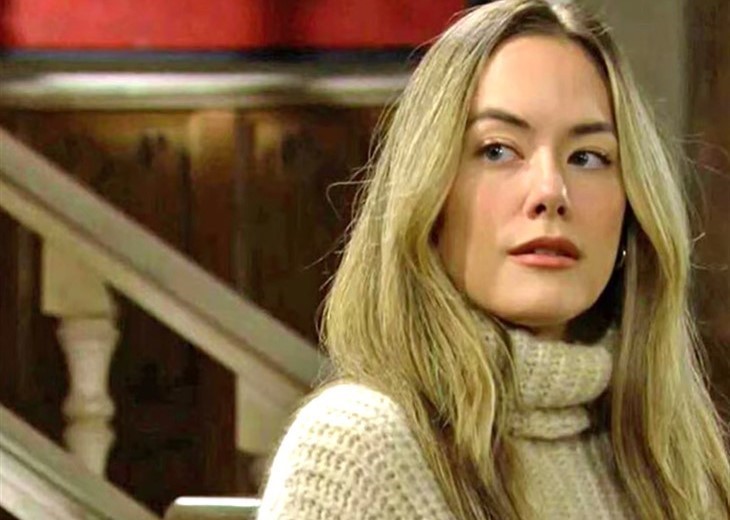 The Bold and the Beautiful (B&B) spoilers document that in Los Angeles Hope Spencer (Annika Noelle) realizes that she can’t tell her husband something that she doesn’t know. So, the future of Lope remains in doubt.

It feels very likely that Liam Spencer’s (Scott Clifton) confirmation as the father of Steffy Forrester’s (Jacqueline MacInnes Wood) baby will create a Lope separation. Whether Hope would take the extra step and leave Liam for good remains in question because she doesn’t know how her outlook would be fully impacted by that outcome.

As for the child, Steffy is expected to have later this year, John Finnegan (Tanner Novlan) intends to love her or him. He doesn’t plan on going anywhere, regardless of what is about to happen.

The Bold And The Beautiful (B&B) Spoilers: Carter Warns Paris, Begs Her To Forget About Zende

Liam can’t allow himself to believe that Thomas Forrester (Matthew Atkinson) is being real, but it seems like he is. Thomas’ words of encouragement to Hope, while both of them and Liam stood in Brooke Logan Forrester’s (Katherine Kelly Lang) home, were remarkable.

The repetition of Thomas’s efforts imply that he means what he’s saying. The impact of the subdural hematoma diagnosis and surgery has been profound.

It’s fair that Liam is having a hard time believing Thomas wants him to stay with Hope. But for that is actually the case, for now.

Ridge Forrester (Thorsten Kaye) smiled broadly when Finn said that he loved Steffy. In that moment, knowing that Finn was aware of all that happened, Ridge knew that he was standing across from an honorable man.

Finn fell in love with Steffy to such a great extent that her tell about the cliff house incident didn’t cause him to shy away. As Novlan’s character suggested to Ridge and Steffy, staying with someone through the hard times proves commitment.

For her part, Steffy has come to learn that Finn was and remains the right choice. That’s why she’s hoping he proves to be the father of her child, instead of Liam.

The Bold And The Beautiful Spoilers – Two Couples With Different Destiny’s?

Lope is a longstanding B&B couple. But it’s also a multiple-time rebound pairing. Hope’s recognition of that pattern’s depth and apparent inability to be changed is driving her uncertainty.

Meanwhile, Finn says he’s okay with what’s happened. But his lack of history with Steffy will cause his resolved to be tested if Liam is the dad.