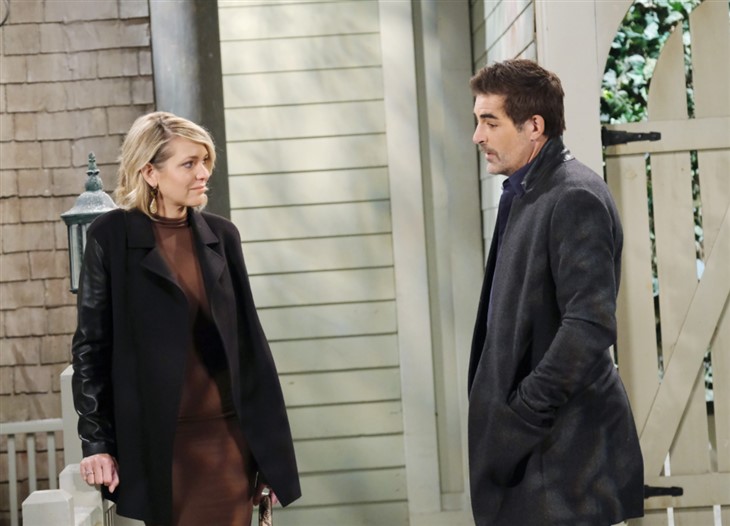 Days of Our Lives (DOOL) spoilers for the week of February 15 reveal that in Salem Rafe Hernandez (Galen Gering) gets a new roommate. Nicole Walker Brady (Arianne Zucker) pushes him to let Ava Vitali (Tamara Braun) move in with him. Even though Nicole wants to protect Ava, is this really the best roommate situation? Could there be consequences to Nicole pushing Rafe to do this?

DOOL spoilers reveal that Ava was knocked unconscious, held hostage, and drugged by her own son. While Charlie did want to kill his mother, he settled for just forcing her to have wild and vivid hallucinations. In his mind, it would make her unreliable so police couldn’t take her claims about him seriously. However, his plan really only half-worked. This will have Charlie decide to take action and continue to threaten Ava.

What makes the threat even worse is that Belle Black (Martha Madison) has bad news about Charlie. She confides to Claire Brady (Isabel Durant) that Charlie will likely get away with his crimes. She doesn’t see him going to prison at all, leading Claire to take drastic action. Charlie’s rape victim, Allie Horton (Lindsay Arnold), will also reel from this news. If Charlie knows he’s on his way to getting off scot-free, he will turn his rage toward his mother. That means there is a chance that the threats will turn to action.

Days of Our Lives spoilers reveal that Nicole has been worried about her former best friend and is trying to help. She will push Rafe to protect Ava and one idea Nicole has will have fans (and Rafe) reeling. She suggests that Rafe allow Ava to move in with him! Can you imagine what would happen if Nicole suggested this a year ago or even just a few months ago? However, since Ava is now a “victim” and her life really is in danger, Nicole’s idea isn’t immediately laughed off. Now, Rafe is not going to want to agree. It’s one thing to protect Ava as a police officer. It’s quite another to have the villain move in with him!

However, it is teased that it would be very soapy to have Rafe and Ava become roommates. Can you imagine how Ava would act in her new living arrangement? It’s not clear why if Nicole wants to protect Ava so badly why she doesn’t offer her own place. Maybe she’s concerned about her own child, as well as Allie and Henry Horton (Jayna and Kinsley Fox). But then what about Tripp Dalton (Lucas Adams)? At one point, he was going to move in with Ava and feels a connection to his mother. He would certainly be in a position to not only help protect his mother but would love the opportunity to bond with her.

In any case, expect some wild scenes with Rafe and Ava as they move in together. We have a feeling that nothing is going to stop Charlie until either he’s dead or he succeeds in murdering Ava.