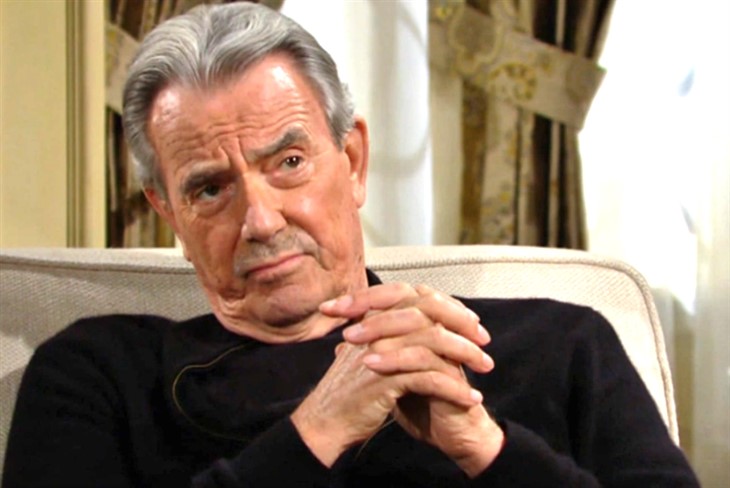 The Young and the Restless (Y&R) spoilers reveal that Eric Braeden is now in his 41st year of playing the legendary Victor Newman on the CBS sudser. Last year his friends and co-stars honored the Emmy Award winner during a party held on the set.

Now the show is reminding fans that the daytime legend is celebrating his 41st year as one of their fan-fave characters.

The show’s official Twitter account got into the celebratory spirit by posting a throwback clip of one of his very first scenes with onscreen wife Nikki Newman (Melody Thomas Scott). Scott also has starred on the CBS soap for over four decades.

The video shows “Mr. Victor” and his loyal friend Col. Douglas Austin (Michael Evans). The two men played a trick on young Nikki by pretending to trade places, with Victor the servant and his friend the boss.

One fan posted, “Happy anniversary you two! I thought Eric joined Y&R years after Melody did. It didn’t seem like they started only a year apart. I remember when Victor locked Julia’s lover in his basement dungeon and had a pullout monitor in his living room so he could keep an eye on him. Wild.”

On his social media, Braeden shared the news that he got a gift from: “My ‘former’ son, JUSTIN HARTLEY (ex-ADAM) sent this magnificent TEQUILA for my 41st year on Y&R!. His label is REVEL! GREAT STUFF! 🥃 revel spirits @justinhartley.”

Braeden joined the number one rated US soap in 1980 for a temporary run. But the late executive producer/head writer/creator William J. Bell was so impressed by Braeden’s outstanding performance as Victor that he offered him a contract.

According to Braeden, he agreed to remain if Bell revealed Victor’s backstory. Thus fans found out that Victor was born Christian Miller, and left at an orphanage after his mother Cora Miller (Dorothy McGuire) couldn’t afford to raise Victor and his younger brother Matt (Robert Parucha). His father Albert Miller was played by screen legend George Kennedy.

As the story goes, the young boy survived the orphanage to become a self-made man, taking on the name Victor Newman to signal he was a “new man.” And the rest is soap opera history!