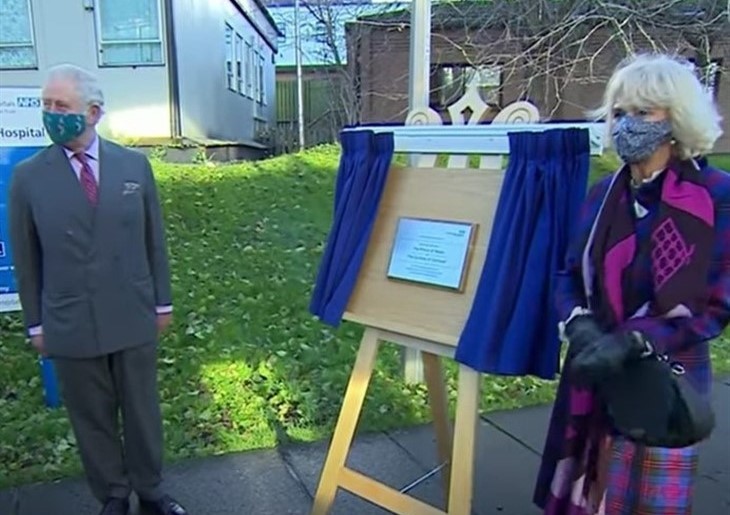 British royal family news reveals that Prince Charles and Camilla the Duke and Duchess of Cornwall have now been given their first Covid-19 vaccine. They join the Queen in becoming inoculated and in sharing the news. Normally disclosure of such medical matters is verboten but in the case of the shot, a protocol was set aside.

Clarence House has confirmed that the couple has been inoculated as part of the fourth priority group for the roll-out of the jab. Prince Charles and Duchess Camilla will now need to get a second Covid-19 vaccine as part of the mass rollout.

The couple is both in their 70s. They received the shot at this time since they are on the fourth priority list, according to various risk factors, and were inoculated to combat the world health crisis.

Charles and Camilla received the injection as part of Prime Minister Boris Jonson’s target date of the top four priority groups being inoculated before February 15th.

The confirmation comes after photos of the pair were released after their visit to Gloucestershire Royal Hospital’s Covid-19 Vaccination Hub.

A Clarence House spokesman said, ‘The Prince of Wales and the Duchess of Cornwall have had their first Covid-19 vaccinations.’ in support of the recent vaccination roll-out program. The Queen, 94, and the Duke of Edinburgh, 99, were given the injection last month.

Royal Family News: Prince Harry Makes It A Point To Publicize His Recognition Of A Coach Core Apprentice

Royal Family News: There is an Inoculation Target Date of February 15 in the UK

It was not stated if Charles and Camilla were vaccinated together, nor which version of the vaccine they were given. It is thought they received it from a royal doctor at their home in Wiltshire where they have been in isolation during the country’s third official lockdown period.

Charles contracted coronavirus last year and he said he would ‘absolutely’ get the Covid-19 vaccine when it was offered to him.

His son Prince William also reportedly caught Covid last year but that has not been officially confirmed.

On Monday Charles launched his new Terra Carta initiative and told CNN that vaccination is key to ending the pandemic. He said, “I think vaccination is critical to ensure we have a way out of this, otherwise it is going to be very difficult.”

In brighter news Princess Eugenie delivered her first child, a son, yesterday at The Portland Hospital.