The Young And The Restless (Y&R) Spoilers: Phyllis is Sally’s Most Dangerous Enemy – Red on Red Fight to the Finish 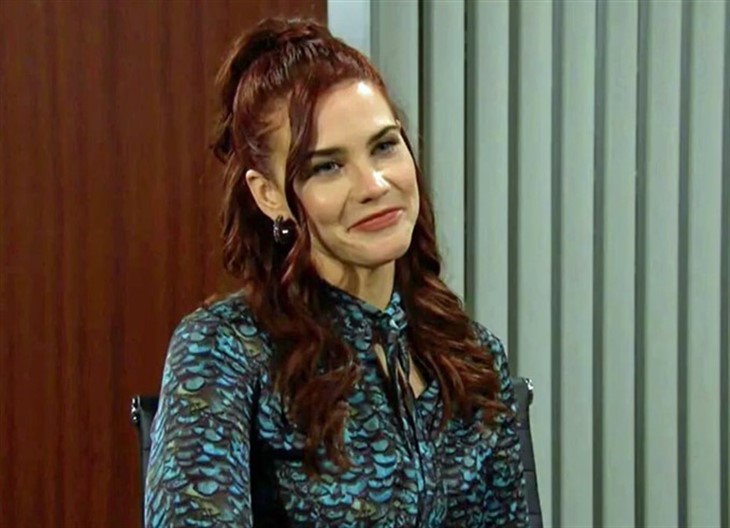 The Young and the Restless (Y&R) spoilers document that Sally Spectra (Courtney Hope) believes she has put Summer Newman (Hunter King) into permanent checkmate status. The information that Theo Vanderway (Tyler Johnson) provided appears to be so powerful that Sally doesn’t have to worry about Summer exposing what happened in Los Angeles, California.

For the moment, Kyle Abbott (Michael Mealor) has convinced Summer that Sally isn’t a threat. He’s urging the other half of Skyle to keep quiet and let the moment pass. But this is Y&R and that just will not happen.

What a terrific crossover character Sally is becoming. It’s only taken a short while for her to get her sea legs under her and she surely is swimming.

Sally set her sights on being far more than Lauren Fenmore’s (Tracey Bregman) personal assistant. Now, with what seems like a modest promotion to a junior director’s position in internet marketing, Sally will use her new platform to continue making waves.

But calling out Summer earlier this year and then teaming with Theo to shove Kyle’s nose in a most unwanted part of the New York past is a very dangerous gamble.

Phyllis Summers (Michelle Stafford) spotted who Sally was the moment she appeared in her line of vision. As Stafford’s iconic character told her daughter, she was Sally at that age. Hardcore Y&R fans know that is oh so true.

The site setup, where classic Red joins the battle against trending Red, is great. Jack Abbott’s (Peter Bergman) growing interest in all things Sally also adds the exact right dash of daytime flashback to the storyline.

There is no doubt that Phyllis will learn what Sally knows about Kyle. When that happens Hope’s character will begin dealing with an opponent who is on the level of Bill Spencer (Don Diamont).

The Young And The Restless Spoilers – Another Bold Crossover

Diamont’s return to the set of Y&R is noteworthy, as his longtime character (Brad Carlton, Diamont) was killed off in the 2000s. That write-out enabled the actor to join the cast of B&B, where he’s embodied a terrific anti-hero for more than a decade.

Bill’s arrival in Genoa City, Wisconsin, is bad news for Sally, as he won’t be afraid to tell his detailed story about all that happened in LA. Rather than learning from her many mistakes, Sally has been repeating them. That’s a point an increasing number of Y&R stalwarts are likely to realize sooner rather than later.