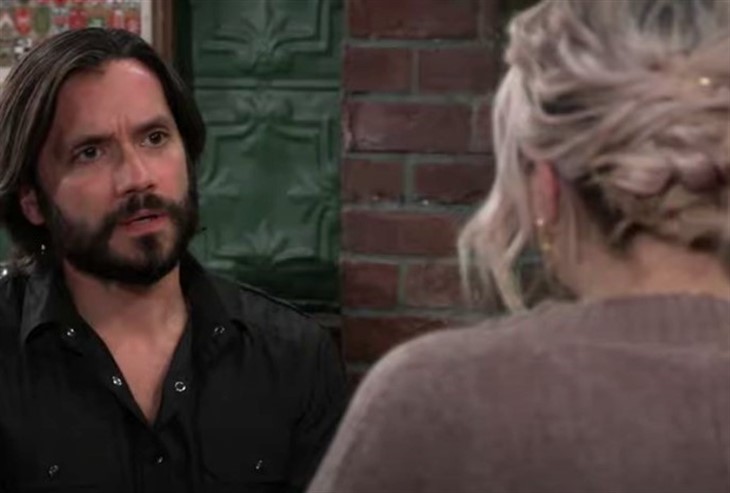 General Hospital Spoilers tease that Maxie Jones (Kirsten Storms) is moving full steam ahead with her upcoming wedding to Peter August (Wes Ramsey). Maxie hates that most of Port Charles don’t think the wedding is a good idea, mostly because they think that Peter is guilty of some very serious crimes, including the murder of Drew Cain (Billy Miller) and the attempted murders of Franco Baldwin (Roger Howarth) and Andre Maddox (Anthony Montgomery). Unfortunately for Maxie, Peter is actually guilty of everything he is being accused of.

General Hospital Spoilers – Peter August Has Been Able To Avoid Getting Caught Up Until Now.

Truthfully, its not all that surprising that Maxie believes in Peter. He has done a very good job at tying up any loose ends that might prove his guilt. But his luck can only last so long, and more than likely, Maxie will be forced to see Peter for who he truly is. Hopefully, this will happen before the wedding occurs. But Maxie will be devastated and may just lash out at everyone she loves for not leaving well enough alone.

GH Spoilers – Maxie Jones Will Be Grateful That She Didn’t Marry Peter August.

Of course, once she has had time to process everything, Maxie will be glad the marriage didn’t happen. She may wonder how she was so blind to everything Peter has done. She’ll likely withdraw from those she loves the most. But there may be one person who can help bring Maxie around. And that person is Dante Falconeri (Dominic Zomprogna).

General Hospital Spoilers – Maxie Jones And Dante Falconeri Have Been Getting Closer Ever Since Lulu Falconeri’s Severe Injuries!

As viewers will recall, Lulu Falconeri (Emme Rylan) suffered severe brain injuries caused by the explosion at the Floating Rib. While it still is unclear when or if Lulu will recover, her best friend Maxie and her ex-husband Dante have been getting closer. In Lulu’s absence, it may just be up to Dante to get through to Maxie. He can help her see that Peter was an expert at subterfuge and it’s not her fault she wanted to see the best in him. He may even point out that Lulu must have trusted Peter as well since she worked for him at the Invader. This may serve to bring Maxie and Dante even closer. But is there something romantic coming up in their future?

Will Maxie and Peter get married before the truth comes out? Or will Maxie be spared marrying a known criminal? And will Dante be able to help Maxie come to terms with Peter’s many deceptions? Secrets are about to come out in a big way in Port Charles, so stay tuned to General Hospital airs weekdays on ABC! And don’t forget to check back right here regularly for all your General Hospital news, information, and spoilers!