The Bold And The Beautiful Spoilers: Liam Scrambles To Save Marriage, Will Hope Forgive Or Move On? 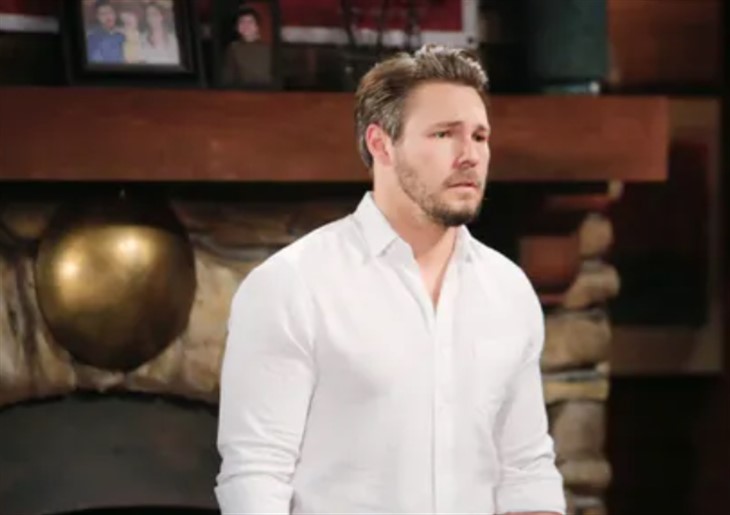 The Bold and the Beautiful spoilers for the week of February 15 reveal that the paternity test results are in. Liam Spencer (Scott Clifton) fathered Steffy Forrester’s (Jacqueline MacInnes Wood) baby. As Steffy and John “Finn” Finnegan (Tanner Novlan) reel from the news, Liam desperately scrambles to save his marriage. However, is this Hope Logan’s (Annika Noelle) breaking point?

The Bold And The Beautiful Spoilers – Paternity Test Results

B&B spoilers reveal that the paternity results come in, although fans in the United States haven’t been able to see these episodes yet. Soap Opera Digest confirms that Liam is the father. At least, for the time being. As with many soaps, B&B loves to tamper with paternity tests, and many “Sinn” fans are convinced that Finn will be revealed as the real father down the road.

Even though Finn told both Steffy and Ridge Forrester (Thorsten Kaye) that he would stay, it might not be that easy. Liam is reportedly happy about being a father again, although upset that it’s Steffy carrying his baby. This means that Liam will be even more involved in Steffy’s life, which won’t make Finn happy. Just how much can the man take before he snaps? Time will tell just how strong and steady he can be throughout this situation.

The Bold And The Beautiful Spoilers – Liam Spencer Scrambles

The Bold and the Beautiful spoilers reveal that Liam desperately scrambles to save his marriage. He tries to make all kinds of promises to Hope. The cheating was one thing, but now that there really is a baby and it belongs to Liam, Hope just doesn’t know if she can do it. Actress Annika Noelle told the publication that this is going to be a difficult test for Hope. Is her marriage even worth saving if Liam hops into bed with his ex the minute he “thinks” his wife is betraying him? Hope truly believed that her marriage was strong, but now she is wondering if there are cracks that she either didn’t see or just outright ignored.

Noelle wouldn’t say if Hope stays with Liam or leaves him. However, it doesn’t sound or look good. With Liam desperately trying to save his marriage, it sounds like this is just the final straw for Hope. Plus, there is confirmation that next week, Hope will be comforted by Thomas Forrester (Matthew Atkinson). There is a moment that Thomas finds difficult as he tries to balance caring for Hope without crossing lines and defending his sister.

What do you think Hope is going to do about Liam? Will she try to give him another chance or is this the end of the road for “Lope?”