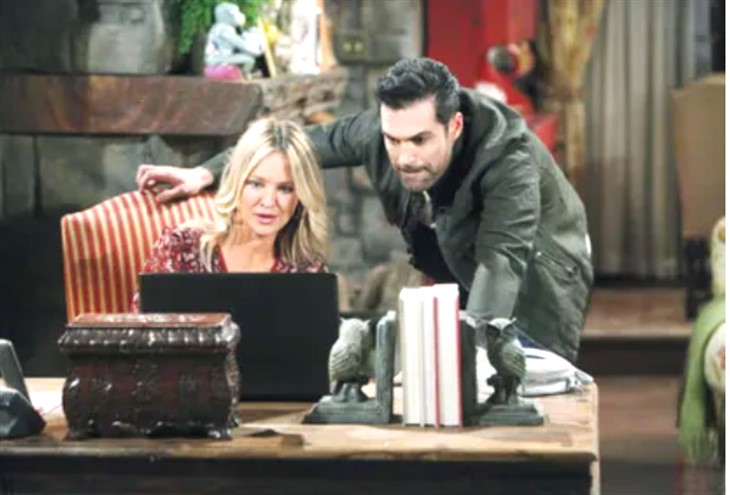 The Young and the Restless spoilers document that Rey Rosales (Jordi Vilasuso) and Nate Hastings (Sean Dominic) felt that the women they’ve committed themselves to aren’t being honest. Viewers know that Sharon Rosales (Sharon Case) and Elena Dawson (Brytni Sarpy) might be with the wrong men, no matter what they’re saying to them or to themselves.

Rey has gone as far as he can when it comes to Adam Newman’s (Mark Grossman) presence in Sharon’s life. Nate is approaching his relationship choice from a different angle, based on his direct involvement in how Elena’s bond with Devon Hamilton (Bryton James) ended.

Young And The Restless Spoilers – Shey Just Crossed The Threshold

It took more than two years for Sharon and Rey to fulfill the spark viewers first witnessed. It was clear that Shey could eventually form if all factors were in place and each person had a clear path to the other.

As of the lead-in to Shey’s wedding, was recently took place, Rey was fully on board. But he was always about Sharon since he initially saw her beautiful face.

Sharon was drawn to Rey Rey from the beginning. But couldn’t initially pursue him because he was married. Anything Adam related didn’t prevent her from falling in love with Rey and wasn’t a factor on Shey’s wedding day.

Adam using his ex-wife, who remains vulnerable to him, to emotionally provoke Chelsea’s recovery is detestable. The idea that Sharon would go along with this lowly plan reveals something about her that Rey wasn’t sure of.

It appears to be undeniable that Sharon does have feelings for Adam on some level. They remain unresolved because Adam has continued to dangle the carrot of a Shadam reunion, while at the same time staying with Chelsea and planning a future with her.

Adam has used Chelsea’s stroke, which he helped create through her abduction, to further whatever it is that exists between him and Sharon.

The Young And The Restless (Y&R) Spoilers: Elena’s True Love Is Devon – Amanda Stands In The Way #YR #youngandrestlesshttps://t.co/AxI1dcsWRa

Nate isn’t angry, as Elena misinterpreted. Her admission about reconnecting with Devon only came after Nate determined what happened.

Elena’s reaction after Nate asked for the truth was vastly different than when she told Devon about her encounter with Dominic’s character at the New Hope Clinic. She was distraught with what happened because she loved Devon. Elena appeared to feel bad for Nate, but surely wasn’t that upset.

Nate has confirmed that Elena isn’t over Devon. That’s a problem because he is in love with Elena.