General Hospital Spoilers & Rumors: Is Franco Being Killed Off? 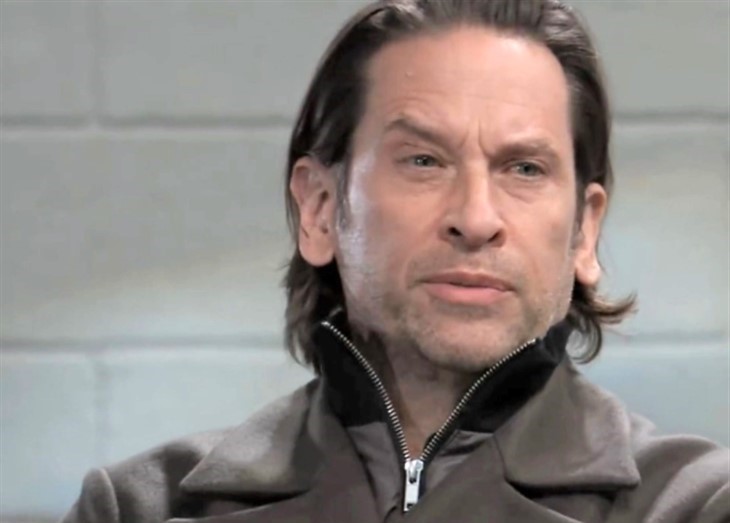 General Hospital spoilers tease that there is one more exit from the General Hospital canvas, and the character’s death has already been filmed! Rumors abound that it may be Franco Baldwin (Roger Howarth) because of his brain tumor, but could it really be his stepson Cameron Webber (William Lipton), and the reason ghost dad Zander Smith (Chad Brannon) is coming on in March?

General Hospital Spoilers – Franco Baldwin’s Brain Tumor Is Inoperable, Plus Peter August And Others May Have A Target On His Back

General Hospital viewers will recall that Franco’s tumor is considered to be inoperable this time, although Dr. Lucas Jones (Matt Trudeau) was able to remove part of it as he treated Franco for a head injury after the explosion of The Floating Rib. Franco and Elizabeth Baldwin (Rebecca Herbst) had plans to call in Dr. Patrick Drake (formerly Jason Thompson) for a second opinion, however the explosion had delayed those plans.

It would seem, however, that Liesl is much more interested in hearing Drew’s memories coming up in Franco than she is in curing his deadly brain tumor! Plus, Peter August (We Ramsey) himself may have a target on Franco’s back, although the exposé article he published in The Invader after accessing Britt Westbourne’s (Kelly Thiebaud) hospital laptop put many more targets on Franco’s back! Liesl programmed Dante Falconeri (Dominic Zamprogna) to protect Franco, but that still does not address the problem of the deadly brain tumor!

General Hospital has announced the return of Chad Brannon as Zander Smith, to air in March. This means his appearance has already been taped, since General Hospital’s filming schedule is about five to six weeks ahead of airdate. The recent pre-emptions have put the shows ahead about another week. General Hospital viewers will recall that when a character really dies they are usually escorted to the afterlife by a previously deceased character, such as when Courtney Matthews (Alicia Leigh Willis) escorted Mike Corbin (Max Gail) to heaven.

On the other hand, sometimes ghost characters visit a living character to comfort them in some way; such as the times Courtney has shown up for Spencer Cassadine (Nicolas J. Bechtel) when he was a much younger child than he is now. Monica Quartermaine (Leslie Charleson) has received several ghostly visits from Alan Quartermaine (Stuart Damon) and more recently, Mike showed up to encourage Sonny Corinthos (Maurice Benard) to fight for his life as he lay in the snow! It would be pretty difficult to bring Zander back from the dead, since he was shot several times and died on screen, as longtime General Hospital viewers will recall. However, there has been at least one instance that longtime General Hospital viewers would recall that the writers did something differently.

That is the long-ago burning up of Ryan Chamberlain (Jon Lindstrom) in a funhouse explosion and fire in which his and Kevin’s long-dead mother showed up in the flames with him, and Ryan reappeared alive twenty five years later! If GH is doing something like that, then maybe Cameron may not die and Franco may not either. It could be Peter!

Viewers will recall a recent social media post by Wes Ramsey that seemed to be a goodbye, which he quickly corrected. However, that could be because the powers that be at GH told him to! If Zander is a ghost, then he will either escort Cameron to the afterlife or comfort him over Franco’s death. If Zander is alive, then Elizabeth’s first love may create drama and a potential triangle between Elizabeth, Franco and Zander!