The Bold And The Beautiful Spoilers; Heartbroken Carter Receives Comfort From Paris 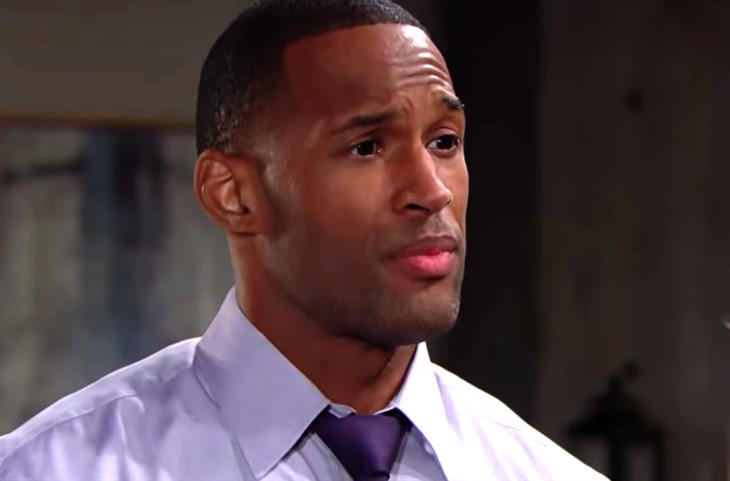 The Bold and the Beautiful spoilers indicate that Carter Walton (Lawrence Saint-Victor) will soon have another woman to mend his broken heart.

Poor unlucky in love Carter once again has his heartbroken thanks to Zoe Buckingham (Kiara Barnes).

After discovering that his fiancée is really in love with Zende Dominguez (Delon De Metz), Carter broke off their engagement.

But he won’t be lonely for too long.

Upon learning about Zoe and Zende, Carter warns Paris Buckingham (Diamond White) to be careful with the young designer.

Paris has developed a crush on Zende, much to the chagrin of her sister.

Although Zoe tried to convince herself that Carter was the man for her, it’s Zende that really has her heart.

Now with her and Carter no longer together, she’s free to go after Zende.

Although Zende has a close bond with Paris, their romantic connection may not be as strong as the one he has with Zoe.

It’s only a matter of time before Zoe and Zende end up together, which means Paris will also be left heartbroken.

The Zoe and Zende situation will leave both Carter and Paris with broken hearts.

As B&B fans know, a majority of the time the jilted exes end up together. So there’s a possibility Carter and Paris could pursue a romantic relationship.

Paris is angry with Zoe for going after Zende even though she was interested in him. But she’s not the only one affected by Zoe’s actions.

Carter was ready to settle down with Zoe. After being rejected in the past, he thought he finally found true love.

Zoe was the woman he wanted to spend the rest of his life with. Now, their wedding plans have been called off due to her betrayal.

Paris saw how much Carter loved Zoe, yet his love wasn’t reciprocated.

Carter’s a wonderful man and deserves a good woman.

And that woman maybe Paris.

The Bold And The Beautiful (B https://t.co/Im83U7vdEw #BOLD #BB #BoldAndTheBeautiful

Meanwhile, Carter’s going to find himself becoming protective of Paris. He also knows she’s been hurt by her sister.

Paris has been nothing but kind to Zoe, and Carter doesn’t understand why Zoe is so cruel to her sister.

Zoe made her decision and end up hurting those closest to her.

With Zoe going after Zende, Carter feels it’s time for him and Paris to move on.

The two will help each other pick up the pieces. Eventually, their friendship will take a romantic turn.

So will Paris be the woman that Carter finally finds love with?