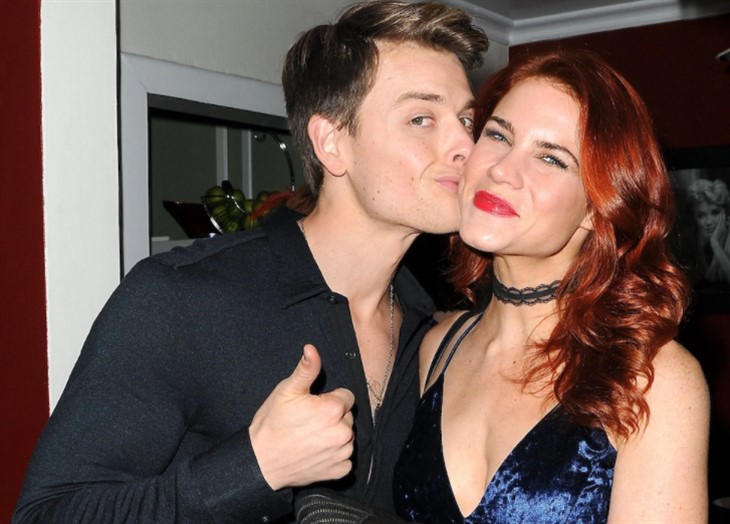 Some fans were worried about their status after neither posted anything about the other since Christmas! Well, rest assured daytime fans, these two bold and beautiful people are as much in love as they ever were.

Hope posted this love letter to Chad on her Instagram: “Happy Valentine’s Day to the love of my life. I’d choose you over and over again if I had the chance ❤️! Thank you for all you are. Growing, learning and loving alongside you has been more incredible than I ever imagined 🙏🏼 love you @duelly ❤️❤️❤️.”

Chad responded to Hope’s post with, “I love you.” he then posted this about Hope on his Instagram: “Happy Valentine’s Day to this beautiful woman! I love living life with you, and I am a very lucky man!” to which Hope commented, “I love you so much handsome.”

Duell debuted on GH in 2010 as Michael Corinthos, the biological son of Carly (Laura Wright) and A.J. Quartermaine (Sean Kanan). But he has been raised by Sonny Corinthos (Maurice Benard) who once had A.J. strung up on a meat hook!

Michael has a complicated thing going with Willow Tait (Katelyn MacMullen) that revolves around his son Wiley (Erik and Theo Olson) with Nelle Benson (Chloe Lanier). Right now Michael doesn’t know which way is up since Sonny is presumed dead and he is struggling with his feelings about Willow.

Hope debuted in 2017 on The Bold and the Beautiful as Sally Spectra, the grand-niece of Sally Spectra (the late Darlene Conley). Sally was unlucky in love and business but she didn’t let that stop her.

Sally pretended to be dying and kidnapped her love rival Flo Fulton (Katrina Bowden) later assaulting her and leaving her to die.

She was a very bad girl which led to her relocation from LA to Genoa City. She’s convinced Lauren Fenmore (Tracey Bregman) that she is indispensable but right now her world is on the precipice.

Will someone expose her dirty secrets before she can expose theirs?