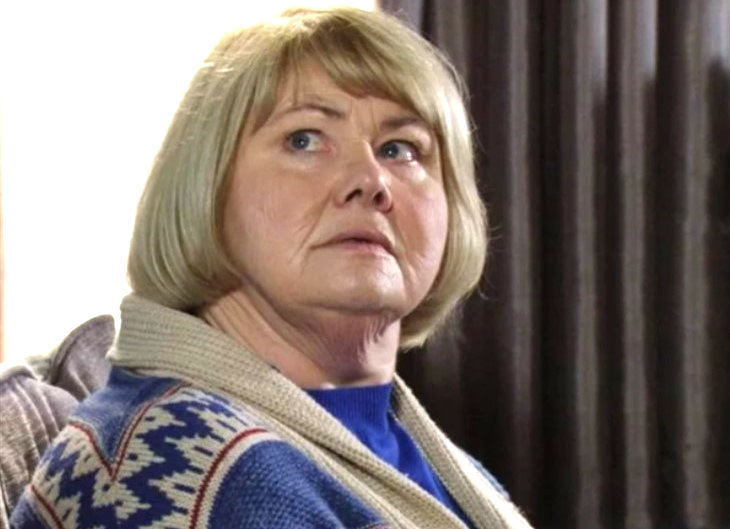 Eastenders spoilers reveal that Babe Smith, often referred to as simply “Aunt Babe” might come back to the BBC soap. Even though Annette Badland is not a real person on the soap, just an actress playing a part, it seems some people confuse the two. There are those who truly believe Annette is an evil Babe in real life. The soap alum talked about getting death threats.

Eastenders spoilers reveal that Aunt Babe is actually a member of the Carter family. However, she was disowned many years ago. She is quite naughty and would fit into the description of the classic soap villain type of character. She has done a lot of questionable and shocking things. So, it would be interesting if they brought her back now. Would she still be “evil” or could she use her naughtiness for good? With how much they try to redeem characters these days, there’s no telling.

Eastenders spoilers reveal that fans sometimes confuse reality and fantasy. Annette is not the first actor to get death threats because fans don’t comprehend that she’s not really the character they see on TV. Lauren Holden played Andrea on The Walking Dead and received death threats when she nearly shot Daryl Dixon (Norman Reedus). There are many others, as well.

According to The Sun, Annette has confirmed that she received death threats and spoke to police about it.

“People did believe I was Babe, which was shocking… Most people loved her and enjoyed the naughtiness of it but towards the end, I did have death threats which is very shocking and frightening so it is a tricky thing that you go, ‘Oh this is wonderful that people think she is real,’ and then there are people who go with it and don’t enjoy it or it offends them as they think it is real and they want revenge. She ruffled some feathers as the character and the police told me, ‘You don’t tell anyone where you are going. You always have a phone’”

“You would have to think about it before you join as you know it is a big undertaking. You can’t take it lightly. I couldn’t anyway. It had to be more than thinking, ‘Oh you have got a job’. I mean it is an institution.”

What do you think of people sending death threats to actors for the things their fictional characters do on TV shows? Are you surprised that some viewers don’t understand that Annette Badland is just an actress playing the part of Aunt Babe? Would you like to see her return to the BBC soap? We will keep you posted with new developments and updated information.