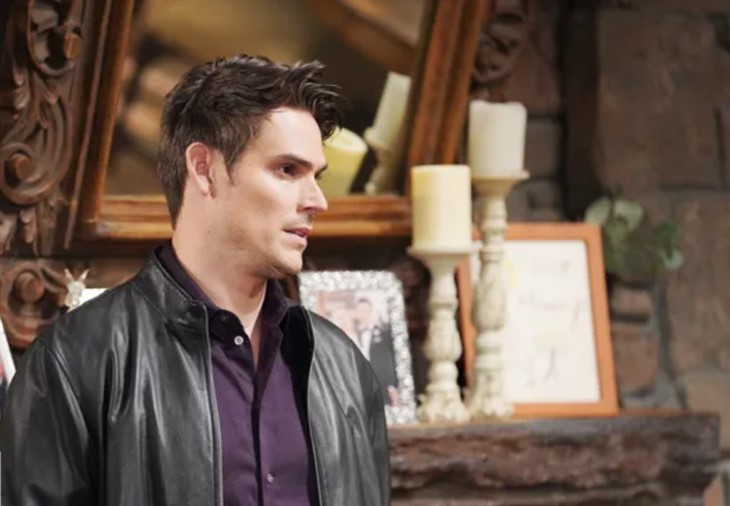 The Young and the Restless spoilers document that Victor Newman (Eric Braeden) continues to stand by his son. Despite all, that’s happened through the years and even recently, Adam Newman (Mark Grossman) obviously still needs guidance.

Victor recognizes elements of himself in Adam. They are both stubborn and with that trait comes mistakes. Adam was blind many years ago, affected by the same condition that his mother endured. His sight is fine today, but he remains unable to see the needless trouble that he creates.

The Young And The Restless Spoilers – Adam Newman Is Scared

It was a somewhat surprising admission Adam made. He told Victor that he was scared. That’s natural, considering that the mother of his son, Connor Newman (Judah Mackey) is paralyzed and can’t speak.

Young And The Restless (Y&R) Spoilers: Amanda Gets A Surprise From Naya

Chelsea Lawson’s (Melissa Claire Egan) condition doesn’t seem to be improving. But viewers know differently, with Chelsea concealing the mildly encouraging stages of her recovery because she doesn’t trust what Adam’s response will be.

Adam was quizzed about Sharon Rosales (Sharon Case) by Victor. The Moustache senses, as do Chelsea and others, that Shadam has never been done. There is a connection that exists between that formerly married couple, as was proven by their kiss at Society.

Victor’s eyebrows raised when Sharon’s name was mentioned. The fact that Adam has chosen to include her as part of Chelsea’s recovery plan is both understandable and odd.

Adam was grateful that Victor secured a specialist to help treat Chelsea. She was the person who suggested that Egan’s character could benefit by talking to a therapist. That was the opportunity Adam took to write Sharon into the story.

Hardcore fans recall when Sharon told Adam that she’d never loved a man in the way that she loved him. That happened more than a year ago, which is when Y&R first officially teased the possibility of a Shadam comeback arc.

Sharon and Adam were single at the time and their reconnection only lasted for a day. But it demonstrated that past feelings could be revived and that an actual revival of their relationship was plausible.

Rey Rosales (Jordi Vilasuso) believes that Sharon’s love for Adam never died and that it’s more powerful than whatever feelings she has for him. Fans will soon see if Victor and Rey’s suspicions are confirmed and Shadam rises again.