EastEnders News: Danny Dyer Is Loving Being A Grandpa 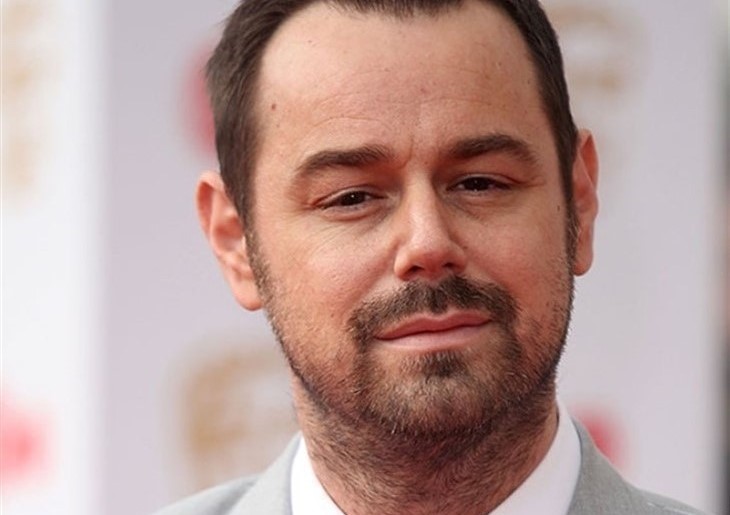 EastEnders spoilers reveal that Danny Dyer (Mick Carter) is one proud grandpa and on Thursday he shared an adorable picture of him and his brand new grandson Santiago. His daughter Dani Dyer and her boyfriend Sammy Kimmence welcomed their bundle of joy in January.

Danny posted the pic to Instagram and it shows him relaxing with Santiago on a sofa, the little boy propped on grandpa’s knees. The caption reads: ‘This grandson of mine….’

Danny’s legion of followers loved the pic and sent a ton of congrats and love his way.

Dani posted a cute snap of her and her son on Valentine’s Day with the former Love Island star sweetly kissing her little boy with the caption: “Mummy’s little Valentine.”

Dani looked fantastic in a blue crop top and navy bottoms with her blonde hair in a ponytail. Dani has been keeping fans updated about motherhood and has talked about the challenges of breastfeeding.

She told a fan, “I’ve been doing a mix of both but it took a while for my milk to really come through. I always wanted to just exclusively breastfeed but it didn’t end up that way. I breastfeed as much as I can but do use Aptamil milk when I feel like he isn’t settled. If my milk decides to come through more then I definitely will just breastfeed but I think you have to take it step by step xx.” 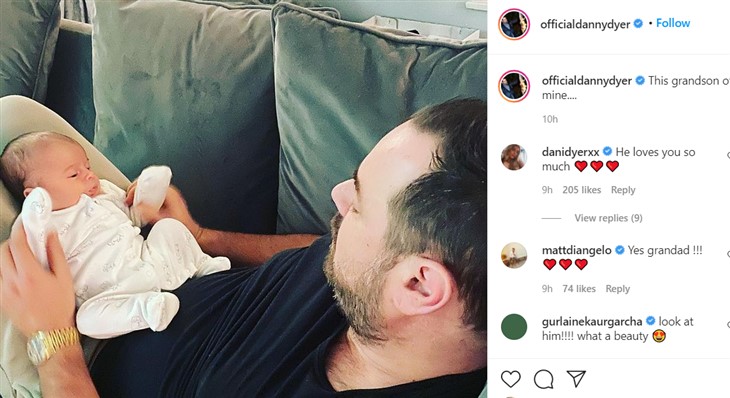 Recently Dani clapped back at some fans who accused her of dressing Santiago in too many layers. It came after Dani showed him wrapped in a navy padded suit. Some trolls on her Instagram stories said he was bundled up too much but she replied, “I won’t overheat my child!”

In that pic Santiago was resting like an angel in his stroller pram, in a grey and white hat with his name embroidered on it. The happy mom wrote: “Happy 3 weeks baby boy. Mummy loves you more than you will ever know.”

Later she addressed the camera saying, “Also before anyone gets upset, it’s mad now the amount of DMs I get as a new mum, from the mums and stuff. My child was not in the car in his outfit, okay? In the pram so whatever you wanna call it… He just goes on walks with that outfit on. I’m not going to overheat my child, don’t worry about it. So yeah…”

Be sure to catch up on everything happening with EastEnders right now. Come back here often for EastEnders spoilers, news, and updates.