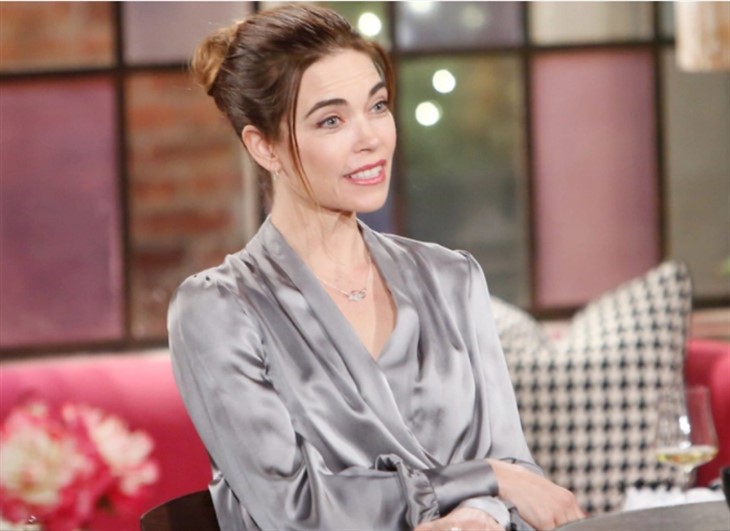 The Young and the Restless (Y&R) spoilers tease that Ashland Locke’s marriage could take a hit after the news of his wife’s affair blows up. Tara Locke cheated with Kyle Abbott (Michael Mealor) nearly four years ago – and Ashland knows about the cheating according to Kyle. Ashland just isn’t in the loop on the fact that Kyle was the one Tara cheated with.

Of course, if Ashland knows Tara stepped out on him, he probably knows there’s also a chance his son isn’t really his own. Ashland may be protecting his own image by keeping that shocker under wraps.

Regardless, it could be a game-changer once the affair inevitably becomes public knowledge. It could lead to Ashland and Tara’s marriage falling apart, so we have to consider what the future holds for them romantically. We want to focus on Ashland in particular here – the infamous “Locke-ness Monster” who’s as ruthless as they come.

The Young And The Restless Spoilers – Recast

There’s no word on who might be cast as Ashland, but Y&R has a good opportunity here. If they pick the right guy, he might be a great match for an equally ruthless businesswoman on canvas. Victoria Newman (Amelia Heinle) could really use a new man so she can finally move out of Billy Abbott’s (Jason Thompson) orbit and let him enjoy his happiness with Lily Winters (Christel Khalil).

On paper, Victoria and a newly divorced or at least separated Ashland would make a pretty good pair. After all, Victoria has made a name for herself as cutthroat CEO. She’d probably have a lot in common with a powerful mogul like Ashland, who’s more than willing to be cruel when he needs to be.

If The Young and the Restless casts someone Victoria has chemistry with, we’d have the makings of a vicious power-couple! It’s easy to imagine an ice queen like Victoria hitting it off with the “Locke-ness Monster” – much to Kyle and Summer Newman’s (Hunter King) dismay.

This would give Ashland a reason to stick around Genoa City, even if he ends up bailing on Tara and little Harrison. Kyle fears Ashland’s revenge, so he certainly won’t want Ashland remaining in town to wreak havoc.

Nevertheless, Ashland might do just that if he finds new love with someone like Victoria. He could settle in GC and have all the time in the world to take Kyle down along with those closest to him.

Would you like to see Victoria and Ashland have a messy romance? We’ll bring you updates as other Y&R details come in. The Young and the Restless spoilers suggest Victoria may need a way to move beyond Billy, so a new man might help!

CDL’s where you want to be for sizzling Young and the Restless spoilers, updates and news, so pop back in soon.