The Young And The Restless Spoilers: Chelsea Is Planning A Major Surprise For Unsuspecting Adam And Sharon 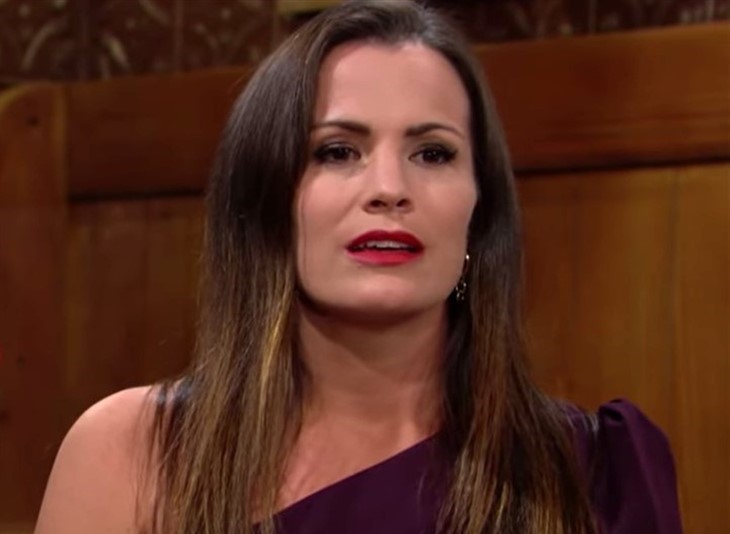 The Young and the Restless spoilers say that if there’s anything that we’ve learned about Chelsea Newman (Melissa Claire Egan) over the years, it’s that she’s not the kind of person who will just sit around and let another Genoa City beauty take her man. Instead, she will not only mark her man but get her revenge as well. Read on for all of the latest spoilers.

In the latest issue of Soap Opera Digest, Chelsea is plotting her revenge on Adam Newman (Mark Grossman) and Sharon Newman (Sharon Case). The two ex-love birds have grown closer while Chelsea has been struggling to get her life back to the way it was before her stroke.

The Young and the Restless spoilers say that Chelsea will see a photo of Adam and Sharon kissing and needless to say, this will leave her more than upset. She’s not happy about it, and she feels both deceived and absolutely betrayed by the man who she supposedly loves more than her life, Adam.

Chelsea’s good friend Chloe Mitchell (Elizabeth Hendrickson) sees that she’s in pain, both physically and emotionally. Actress Melissa Claire Egan, who plays Chelsea Newman on the highly-rated soap, puts it this way, “Chelsea shows Chloe a big movement with her hand and Chloe freaks out. She jumps off the couch and goes, ‘Oh my gosh, I am going to tell Adam. Chelsea just blinks, blinks and blinks and Chloe can see that she’s excited.”

The Young And The Restless' Spoilers: Kyle's Life Destabilized – Tara Is A Threat Or An Ally? https://t.co/sjaIeREB6s

What Chloe doesn’t know is that a fire has been ignited within Chelsea. She is going to get her revenge on the two people who did her wrong, and it’s going to be ugly. Melissa continued, “She’s not the same person anymore. She has a plan for Adam and Sharon, and since Chelsea can’t unleash her wrath with her voice, she will release it within other ways.”