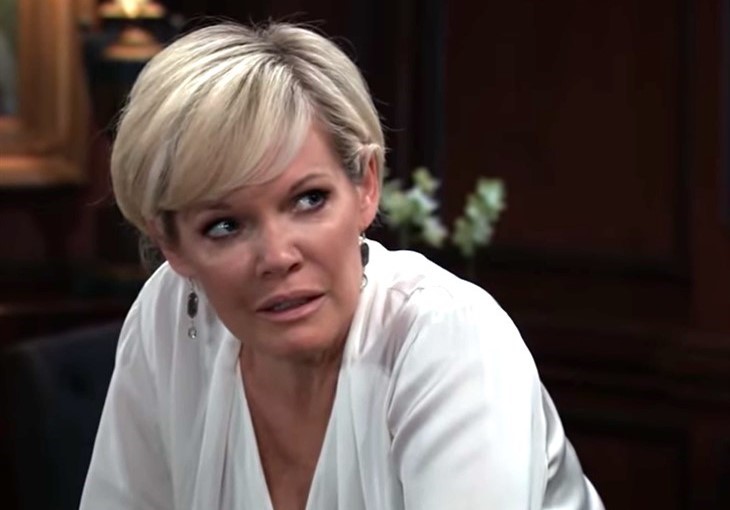 As General Hospital viewers will recall, Ava and Nikolas went to the new PC Grille for their Valentine’s Day dinner, which is a quite upscale place that rivals even the Metro Court! As they sat waiting for their dinner to arrive, the waiter brought a gift for Ava. Nikolas thought it was the gift that he had bought for Ava and was going to have delivered to their table, apparently not having packaged it himself. As Ava opened the package, assuming it was from him and him not telling her it wasn’t, she opened it.

Both Ava and Nikolas were shocked to find it wasn’t the gift that Nikolas had purchased, it was a Plexiglas enclosed cockroach, and a quite large one at that! Ava and Nikolas both have a pretty thick skin and Ava wasn’t squeamish about the cockroach, because she certainly didn’t scream! However, Nikolas promised to get to the bottom of the matter because it certainly wasn’t a nice thing to do. Apparently, Ava must have a stalker, and one with a terrible sense of humor at that – that just wasn’t funny! They weren’t concerned that it could be Ryan Chamberlain (Jon Lindstrom) because he wouldn’t have sent a cockroach, a severed finger or another body part would have been more like Ryan! Nikolas quickly gets a message to the waiter to find out who left the package with instructions to be delivered to Ava!

GH Spoilers – The Waiter Returns To The Cassadine Table With Information

This week’s General Hospital Sneak Peek picks up where the scene left off on Friday after Nikolas promised he’d get to the bottom of who sent the nasty little cockroach to Ava! The waiter returns to the table and Nikolas asks him if he was able to find out who sent that first package, the one Nik bought obviously having been delivered as well. The waiter tells Nikolas that he asked his manager about it and the manager told him that it was there when he got to work that day, with instructions to deliver it to Mrs. Cassadine. The waiter tells Nikolas that there was also a note with it, and he hands Ava an envelope.

Ava notes that the envelope, a standard business size letter envelope, has her name typed on it. Ava hesitates to open it, obviously wondering what might be in it, considering the person sent her a dead cockroach! She eyes Nikolas a bit suspiciously, and asks him if he’s sure he didn’t send it! Nikolas, a bit offended, assures her that he did not, and he can only guess it’s from the same person that left the package with the cockroach in it! Ava then opens the envelope to find a letter, which she unfolds and reads out loud. The short but bizarre message is oddly worded, and says that secrets and cockroaches are the only two things that always survive, except for us – obviously referring to the writer and Ava! Nikolas looks worried while Ava looks disgusted!