The Bold And The Beautiful Spoilers: Will Sally Spectra Return To B&B? Y&R Storyline Drops Clues 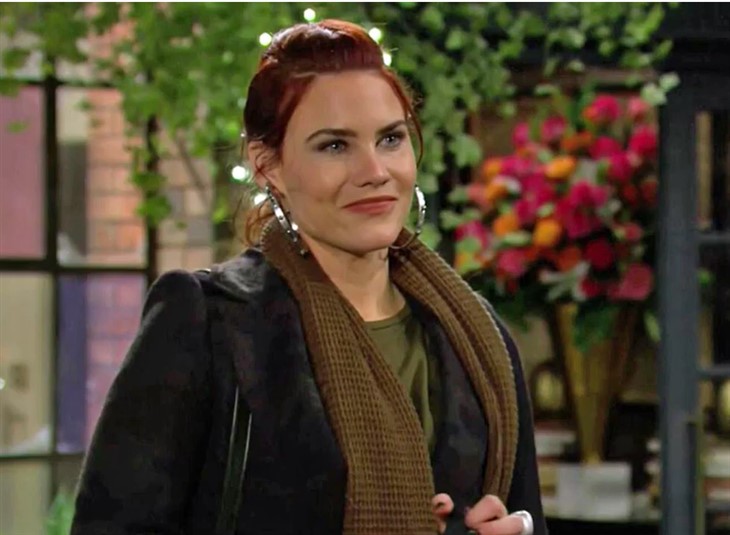 The Bold and the Beautiful (B&B) spoilers reveal that Sally Spectra (Courtney Hope) left Los Angeles after her sickness scheme and kidnapping plot were discovered. She ended up going to Genoa City and is now in The Young and the Restless. However, with her storyline crossing into B&B territory and involving Flo Fulton (Katrina Bowden), could Sally come back?

The Bold And The Beautiful Spoilers – Wyatt Spencer’s Demand

B&B spoilers reveal that before Sally went to The Young and the Restless, her exit story involved a fake fatal disease. As time went on, Sally became more desperate and eventually kidnapped Flo. When the truth was discovered, Wyatt Spencer (Darin Brooks) demanded that Sally stay far away from both him and Flo. Sally certainly did that and went all the way to Genoa City. This is something that is surprising to Wyatt when hear learned about Sally’s new home and career from Summer Newman (Hunter King).

When Sally left B&B last year, fans didn’t expect to see her again. However, they were excited to find out that she was being brought onto The Young and the Restless. She would end up playing the same character, Sally Spectra. Then fans got an even bigger surprise by how the storylines were interlocking and meshing together between both soaps.

The Bold and the Beautiful spoiler reveal that Wyatt and Flo went to Genoa City, then Summer and Kyle Abbott (Michael Mealor) came to L.A. Summer met with Bill Spencer (Don Diamont) and grilled Wyatt for information about Sally. She didn’t get very far, but Flo was more than happy to tell Summer everything. Now we are seeing Bill come face to face with Sally. The way she spun around and left the room without saying a word is definitely causing some concern. It is only a matter of time before Sally’s future is jeopardized by her past coming back to haunt her. Plus, Wyatt doesn’t know about Flo’s dirty deed. When he finds out, he will be furious.

As this story develops, Sally is going to want to confront Flo and anyone else who is ruining her new career path. We know that Wyatt still has a soft spot for Sally, so he might encourage her to come back to L.A. If she isn’t going to move back home, then at least come for a visit. With the increasing number of characters from B&B that are being meshed into Sally’s story in Y&R, it’s only a matter of time before we see her return to Los Angeles. The only question is will it be just a visit or is it time for Sally to come home?