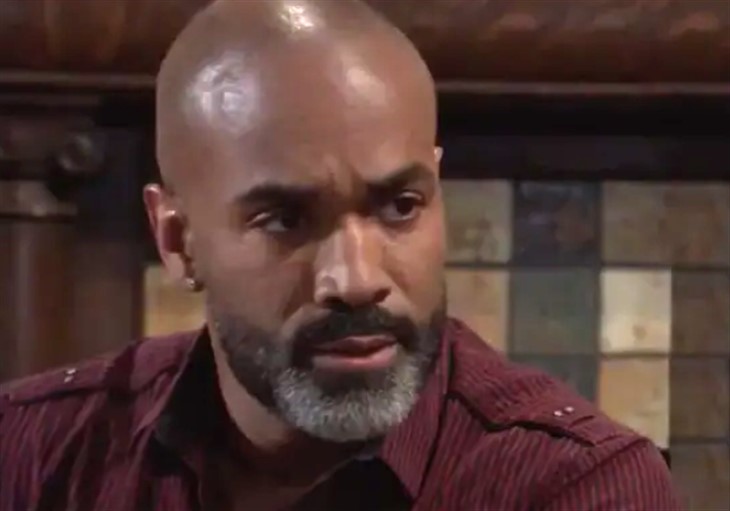 General Hospital (GH) spoilers and updates reveal in Port Charles, NY Curtis Ashford (Donnell Turner) may be about to make a few big changes in his life at GH. Curtis has been a private investigator for years. He and Sam McCall (Kelly Monaco) have been working together to solve different crimes. However, Curtis is starting to have doubts that he wants to continue as a private investigator.

Curtis was recently on a case to find out about an infidelity. He took Portia Robinson (Brook Kerr) to a nightclub undercover to find out the proof. During their time at the club, Curtis told Portia that he was getting tired of trying to uncover the truth for his clients. After finding out about the infidelity it was brought up that the club was for sell. Curtis seemed interested in the idea of buying the club.

Curtis and his wife Jordan Ashford (Briana Nicole Henry) are currently separated. Jordan had been keeping secrets from Curtis. The secret that was the worse was that Jordan knew that Marcus Taggert (Real Andrews) was alive. Curtis and Taggert had come together to save Taggert’s daughter Trina Robinson (Sidney Mikayla) and Cameron Webber (William Lipton) when they were kidnapped. During the rescue, Taggert had been shot and later declared dead. Curtis felt great guilt over the loss of Taggert. Trina had blamed Curtis for not helping to save her father. Curtis felt betrayed by Jordan because she did not tell him that she had helped Taggert to fake his death. Curtis has been spending a lot of time with Portia. They have begun to get close. Could this lead to romance?

General Hospital Spoilers – A Possibility that Curtis May Be a Father

Curtis and Portia had known each other years before reconnecting in Port Charles. Portia was with Curtis while she was married to Taggert. It was close to the time before Trina was born. Is it possible that Trina could be Curtis’ daughter and not Taggert’s daughter?

GH Spoilers – Change Is In The Air For Curtis

It remains to be seen what changes are going to happen for Curtis on General Hospital. He may be about to change his life completely. Will he get a new job? Who will Curtis choose Jordan or Portia? Could Curtis and Trina find out that they have a family connection? Tune into General Hospital to find out what happens next.