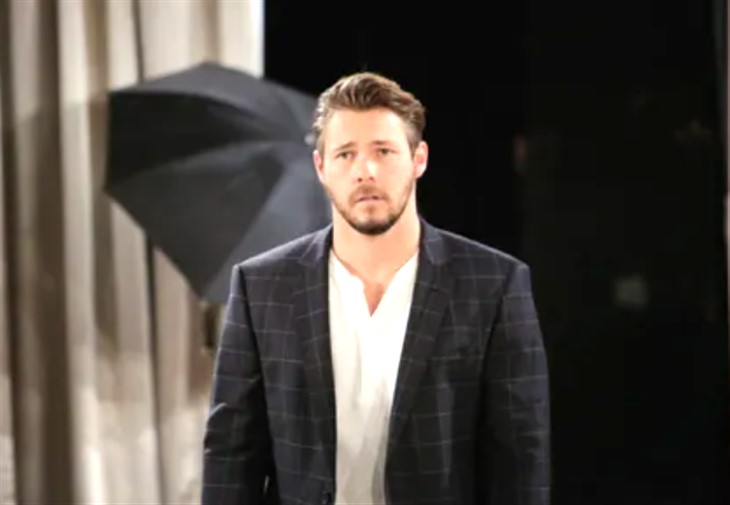 The Bold and the Beautiful (B&B) spoilers document that in Los Angeles Thomas Forrester’s (Matthew Atkinson) maintained stability gives him the ability to eventually win the heart of the woman he’s come to love. However, a decision he’s about to make will test the sincerity of Thomas’ character.

As B&B fans know, Thomas began fixating on Hope Spencer (Annika Noelle) when he returned from New York with Douglas Spencer (Henry Samiri). Hope’s eventual agreement to accept Thomas’ offer to adopt his son, established a co-parent bond that is developing into something far more than that.

The Bold And The Beautiful Spoilers – Vincent Walker’s Forced Help

Assume that Vincent Walker (Joe LoCicero) called in a favor from some so-called buddy who was involved in Steffy Forrester’s (Jacqueline MacInnes Wood) paternity test. The dialogue between Vinny and his lifelong friend, Thomas, allows this implication to be made.

As B&B’s teaser video shows, Thomas suspects Vinny himself. If everyone’s suspicions prove right, then Atkinson’s character will be placed in a tough spot.

If Thomas withholds the information, he allows Liam Spencer (Scott Clifton) to believe he’s the father of Steffy’s baby. That false conclusion will also likely force Hope to make a marital decision. But if he relays the truth, immediately after he comes to know it, then he’ll prove that he has become a better person.

If Thomas learns that Vinny broke the law, then he must tell Steffy, Hope, and Liam what he knows immediately. A same-day decision would leave no daylight for misinterpretation of his actions, though it’s not hard to believe that Liam would question whether Thomas asked Vinny to intervene.

Hardcore fans recall that Hope had a delayed reaction, when thinking she’d killed Thomas by accidentally pushing him into a vat filled with a then unknown substance. Thomas hesitated in telling her that he was alive and Hope called him out on it.

The Bold And The Beautiful (B&B) Spoilers: Finn’s Keeping Secrets – Spots Familiar Face From His Past?https://t.co/ghoBYGKjmT

Liam would be wise to chide no one. But Clifton’s character is often unable to restrain his outbursts.

So, if the paternity test was rigged, Liam should shift his focus to a reconciliation with Hope. He should know enough to restrain himself and say nothing about Thomas, Vinny, or anyone else.

Liam and Steffy made the mistake. They’ve apologized profusely and deserve credit for acknowledging the pain they’ve caused and the actions they’re taking now. But Liam needs to follow Steffy’s lead and look to the future, whether he’s the father of her child or not.