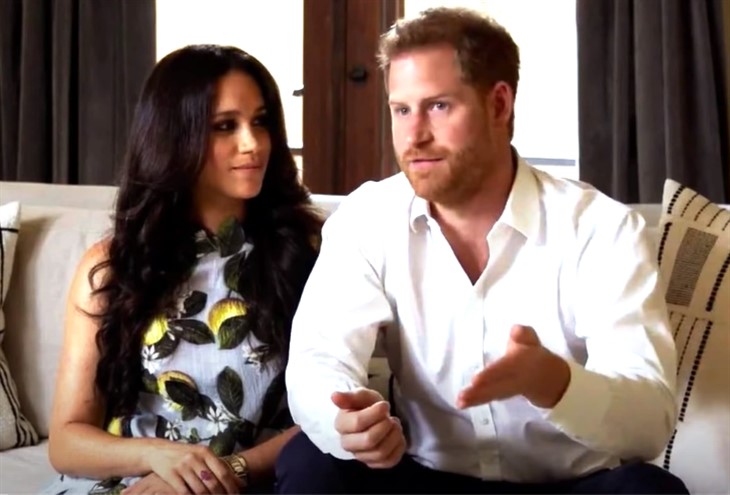 British Royal family news reveal when rumors first began that Prince Harry, Duke of Sussex was not-so-secretly dating actress Meghan Markle, the royal family reportedly wasn’t so thrilled. But Harry ignored any royal hesitations, quickly switching gears from keeping his romance on the down-low to wedding Meghan in a ceremony viewed around the world.

The Prince and Markle initially seemed to settle into royal life, participating in events and going through the expected protocol of showing off their newborn baby to the public. Brothers Harry and William spent time together, and Meghan got to know Kate Middleton.

But the sweetness between Prince Harry and Meghan Markle on one side and the Queen, William, and Kate on the other soon turned sour.

In the past year, Harry and Meghan exited the royal family (hello, Megxit), moved to Santa Barbara, California, and now, in the latest “oh no they didn’t” news, are planning a tell-all interview with the Queen of Interviews: Oprah Winfrey.

How do Harry’s sister-in-law Kate Middleton and his brother Prince William feel about the upcoming Oprah interview?

“Utterly aghast and appalled,” according to an insider.

The source claims that William and Kate are particularly disgusted by Meghan’s and Harry’s timing. Prince Philip recently was hospitalized, but his illness hasn’t stopped Markle and her husband from planning the tell-all on March 7.

The Oprah interview will mark the first big interview since Meghan and Harry exited the royal family in 2020. Anticipated topics range from details about why the couple quit the royal family to their projects for 2021 and beyond.

Sadly, William’s reaction is not the first break between the brothers. In 2019, Harry admitted that he and his brother were traveling “different paths.”

Their clashes have reportedly become “very ugly and incredibly intense,” added the source.

Royal Family News: Harry And Meghan’s Oprah Interview Will “Make Or Break” Them In Americahttps://t.co/ZV7GG3104m

Although the media has focused mainly on William versus Harry, rumors of a feud between Kate Middleton and Meghan Markle also have swirled. Meghan and Harry’s decision to step away from their royal duties reportedly sparked a panic attack for Kate.

Kate Middleton Blames Meghan Markle For All The Changes

Middleton appears to blame Markle for all the changes. Kate and Meghan already were not getting along well.

But since Markle and Harry departed for the United States, the feud between Meghan and Kate has escalated.

Harry’s and William’s wives have not talked since Megxit. At this point, an insider contends that Meghan and Kate “couldn’t be further apart.”

And given what Prince Harry and Meghan Markle might reveal on Oprah, the odds for Middleton and Markle becoming friends again just got lower.