Days Of Our Lives (DOOL) Spoilers: Nicole And Rafe Bring Ava Home From Hospital, Will She Be Safe? 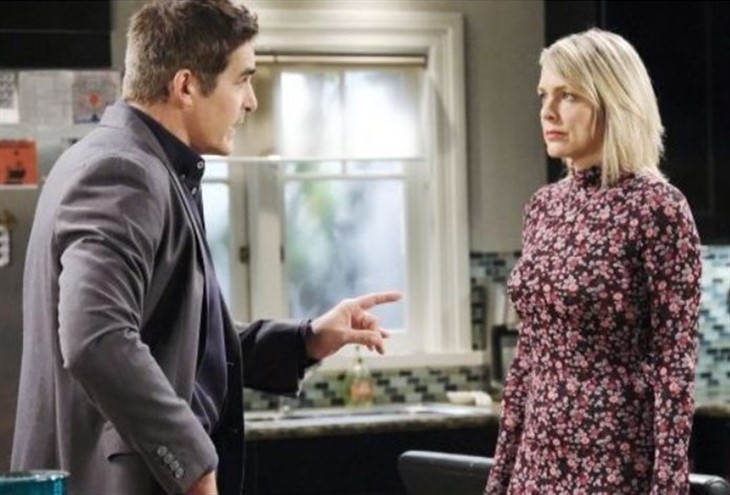 Days of Our Lives (DOOL) spoilers tease that in Salem Nicole Walker Brady (Arianne Zucker) and Rafe Hernandez (Galen Gering) will bring Ava Vitali (Tamara Braun) home from the hospital in an upcoming episode of Days of Our Lives. Question is, will Ava be safe?

Days of Our Lives viewers will remember that Charlie Dale (Mike C. Manning) would have already strangled Ava in her hospital bed or smothered her with pillows had he not been interrupted in a recent episode of Days of Our Lives. Charlie drugged Ava and tied her up in his apartment, and it was so many days before she was discovered by Rafe Hernandez that she was in need of being hospitalized, and she has taken several weeks to recover! But now, she is ready to be released and Nicole didn’t feel she would be safe on her own – she tried to convince Rafe to let her stay with him, but his sister Gabi Hernandez (Camila Banus) is home and living there for the time being.

Ava and Gabi might not be such a good mixture, so it looks like she’ll be coming home with Nicole instead. It’s a little crowded there as well, but Ava and Nicole are old friends and besides, Allie Horton (Lindsay Arnold) and Henry Horton (Jayna and Kinsley Fox) live there too. Ava can get to know her grandson if Allie doesn’t object. However, will Ava be safe from Charlie even living with Nicole? One would think he would have enough sense to stay away from a place where his victim also lives, but Charlie is a narcissistic sociopath – he only cares about himself and views himself as innocent and have a good reason for doing anything he does! One could argue that Charlie has some psychopaths thrown into his mental health resumé as well!

Sure enough, a threatening Charlie shows up at Nicole’s door, and he looks like he is not taking no for an answer! Nicole tells Charlie she is living on borrowed time, and Ava says she brought him into this world, and she might need to take him out! She knows firsthand how dangerous Charlie is, as Allie knows also! Charlie is so full of hate for his own mother because of jealousy over his half-brother Tripp Dalton (Lucas Adams) and how Ava favors him, that he would rather kill her than look at her! Ava is in a much better position to defend herself, but Charlie already has so many targets on his back she may not have to be the one to take him out!

Days Of Our Lives Spoilers: Kristen DiMera Struggles To Keep Chloe Lane Away From Her Man! https://t.co/YHGfnVoE5C

Allie’s father, Lucas Horton (Bryan Datillo) has already threatened to kill him, and getting on the wrong side of the former Necktie Killer, Ben Weston (Robert Scott Wilson) isn’t such a good idea either. Charlie has definitely gotten himself on the wrong side of Ben! And then there’s his would-be soulmate, Claire Brady (Isabel Durant)! She is well now, and ashamed of her once maniacal jealousy, but if he pushes her too hard, he might wind up being the next one to be tied to a bed in a cabin and the cabin set on fire! Ava has Rafe protective of her because it’s his job, but someone else might get to Charlie before she even has a chance to finish him off herself!