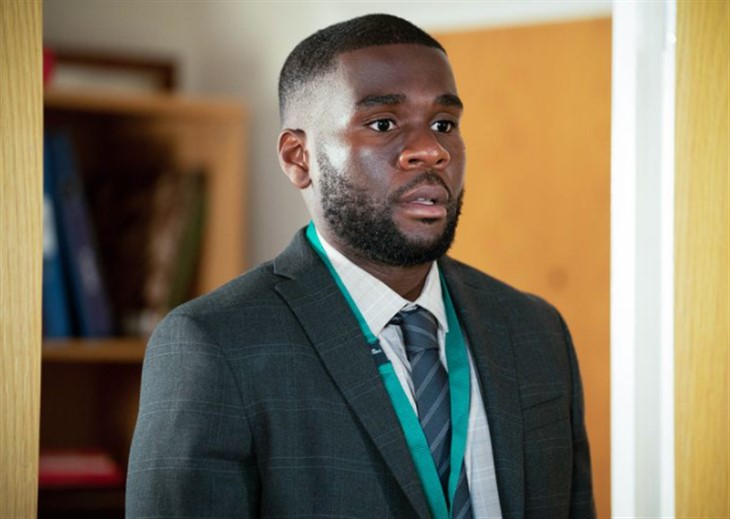 Eastenders spoilers reveal that viewers finally learned what secret medical condition Isaac Baptiste (Stevie Basaula) has. Sheree Trueman’s (Suzette Llewellyn) attempts to keep Lola Pearce (Danielle Harold) away make sense now. Next week, Isaac will tell Lola that he has schizophrenia. How will she react to the news?

Eastenders spoilers reveal that Isaac has been hiding a secret. It was teased to be a medical condition that requires medication. The truth was finally revealed and it turns out that he has a diagnosis of schizophrenia. Isaac said that he remembers when he got diagnosed, he thought that his life was over. However, he takes his medication and seems like a normal person, just like everyone else. He’s proud of his success and sees no reason to keep it a secret. He also doesn’t understand why his mother is so against him dating.

Eastenders spoilers reveal that before the secret came out, viewers thought Sheree was obsessed with Isaac. At the very least, she was trying to control his life and he’s a bit old for that. Now that we know he has schizophrenia, Sheree’s behavior makes sense. It doesn’t make it right, but it is understandable why she wants to protect him. However, as a grown man, Isaac is perfectly capable of making his own decisions and dealing with any fallout.

Next week, Isaac will share his secret with Lola. Sheree is convinced that this is going to end horribly for Isaac. She is expecting the worst and has seen for herself how people react to Isaac’s mental health condition. However, that doesn’t mean everyone will react badly to it. The question is, how will Lola respond to the admission? Will she accept it and still be interested in him? Or could it scare her away? We think that she will have questions but once Isaac assures her the medication controls the symptoms, she might be fine with it. Of course, there’s no guarantee of that, but the last thing this world needs is more mental health stigma.

Is Honesty The Right Or Wrong Decision?

Whether to tell or not to tell is always a touchy subject in the mental health community. Some people have bad experiences with it and will never reveal their diagnosis again. However, others have no issues with being honest about it.

People are always going to be afraid of what they don’t understand. The way the media has portrayed schizophrenia doesn’t help and it’s usually wrong anyway. It really needs to be Isaac’s decision whether he tells people or not. Not everyone will react the same. As long as he understands that, then Sheree needs to let him live his life. To find out how Lola reacts to Isaac sharing that he has schizophrenia, keep watching the BBC soap.