The Bold And The Beautiful (B&B) Spoilers: Could Finn Become Violent – Liam A Target Of Doc’s Rage 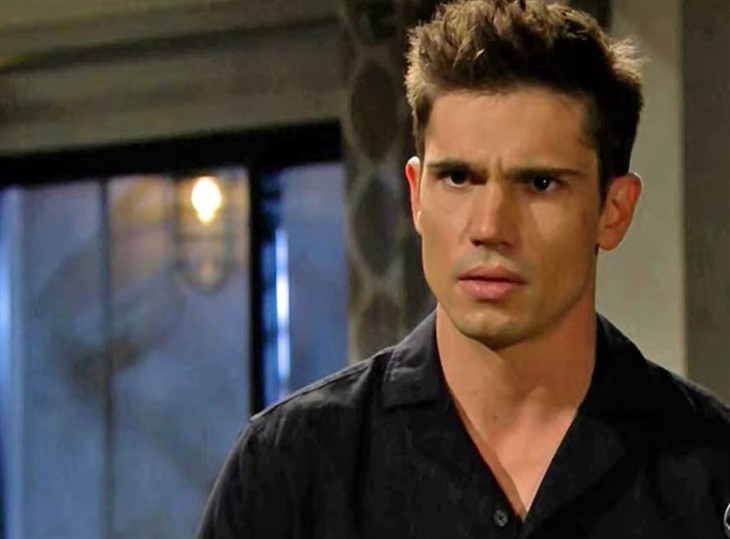 The Bold and the Beautiful (B&B) spoilers tease that in Los Angeles John Finnegan’s (Tanner Novlan) direct conversation with Liam Spencer (Scott Clifton) was more than talk. He was implying the use of physical force, or at least Liam and the viewers could choose to make that interpretation.

Steffy Forrester (Jacqueline MacInnes Wood) has blinders on when it comes to the man she loves. Finn feels the same about her, which is why he holds Liam fully accountable for the cliff house incident. Clearly, Liam and Steffy deserve equal credit, or blame, depending on one’s perspective.

Finn’s unexpected appearance at Spencer Publications felt like more than talk. It seemed like a preview of what’s to come in this version of Los Angeles, California.

The Bold And The Beautiful Spoilers – Foreshadowing Trouble Ahead For Sinn

Fans recall when Liam took a series of sanctimonious, verbal jabs at Finn last year. No matter what he claims in retrospect, Liam was being protective of Steffy.

Finn was the new man in Steffy’s life, which Liam was having a hard time adjusting to. Clifton’s character was used to being the man that Steffy and Hope Spencer (Annika Noelle) adored.

Digitally skipping ahead to the middle of winter, Finn is holding Liam fully accountable for the pain and ongoing disruption he’s caused in the lives of others. Finn believes Liam isn’t a nice guy, but a phony. And with that, this war of words is set to escalate.

In recent years, Liam has tussled with a few people. He wrestled his father to a loss in the media head’s main office. But Liam got the best of Thomas Forrester (Matthew Atkinson) on the helipad, in one of B&B’s classic outdoor scenes.

Steffy is aware of the above but doesn’t seem to be considering that Liam could come to blows with Finn if one, or both men are provoked. Unless, or until a paternity test reveals happens Finn will continue believing that Liam is responsible for Steffy’s stress and his insertion into Sinn’s relationship. That dynamic furthers the potential for physical conflict.

Wood and her husband welcomed their second son into the world this week. Lenix Ruspoli was born on February 21. All are well, which is great news!

The actor recently went out on maternity leave, with buzz indicating that Novlan is filming scenes without his on-screen love interest. That means the audience will see Steffy temporarily written out of the show in March, based on B&B’s advanced filming schedule.

So, it’s possible that the drama she warned Finn and Liam about will come to pass in the form of a fight between those characters. That’s the type of stress that could cause Steffy to take flight from LA, in order to protect her baby and herself from undue upset. Viewers will see if that’s how the writing staff plays it in the very near future.