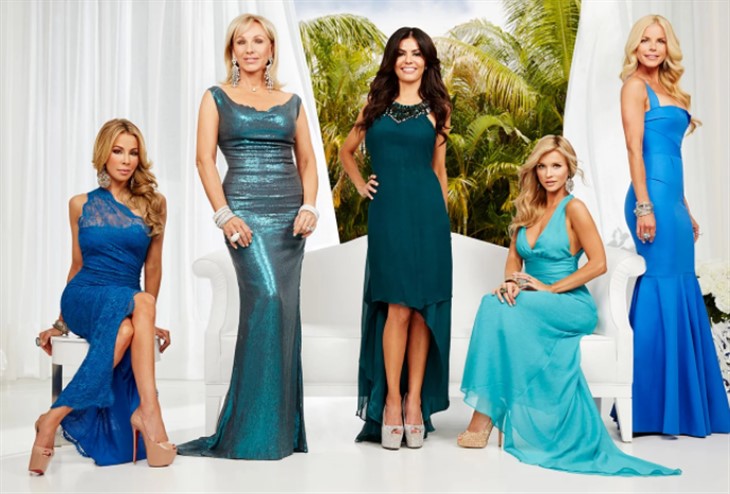 Yes, it is the Real Housewives Spinoff yet again. Who would star in it? Would it be heaven on earth? Will the stars truly be on a paradise trip?

Whatever question you may be needing answers to, this might be the happily ever after we all have been waiting for in the Real Housewives franchise. TheJasmineBRAND is giving us a handful of reports of every detail we will need for the new series of Real Housewives Spinoff.

The site revealed that Bravo was in the process of creating a few takeoff series for the real housewives franchise. This new series will not only be focused on selecting these stars from a particular location but would rather accommodate a larger number of women from multiple cities.

As the report further stated, the successful candidate who would warm their hearts and meet up expectation would be having the best time of their lives traveling and of course, living together in a home at an unknown location.

The real housewives spinoff crew will be selecting real housewives who meet the requirements for entry from cities like Potomac, Salt Lake City, Atlanta, Dallas, New York City, New Jersey, Beverly Hills’, and Orange County. Sweetly, the crew won’t be pushing the former real housewives from Miami aside. They will be infused into the system with the new real housewives and everyone gets to live together under a roof and warm the hearts of the viewers at home.

Wondering where to keep up with the new series of the real housewives spinoff? Relax and tune in on NBC’s streaming platform, peacock when the series officially kicks off. Just a random spoiler though, there are speculations that the real housewives that will be selected for the next edition will range between eight to ten candidates from the earlier mentioned cities.

However, we do not know them for sure but we can make our guesses, cross our fingers, and hope they enter into the big house.

Who would be going in next?

Gina undoubtedly warmed the hearts of a million viewers in the just concluded season 15 of RHOC with her principled tactics with handling issues and dealing with real-life talks. She took the spotlight during the toughest moments in the previous season and many viewers are anxiously awaiting her new role with the new Housewives this year.

Kyle is a goddess on her own; a fact even her detractors would affirm without a second thought. It would be intriguing to watch her pair up with other power housewives in this 2021 series.

Our very own sweetheart Dr. Tiffany Moon who took the highlight in the Real Housewives of Dallas is sure another member the viewers want gracing their screens in this new season. Let’s be hopeful about this and pray she does.

Real Housewives Of Orange County: Braunwyn Windham-Burke Announces She Is A Lesbianhttps://t.co/3UNKyVhJRB

It could be Karen, who knows?

The fan-favorite from the series of housewives from Potomac has been a successful show-stealer from time immemorial. So, grazing the big screen once again in this new series will draw more viewers to the show, we believe.

From all the real fans of the Real Housewives Spinoff to the lovely candidates who would get selected this year, we see when the season begins. Until then, have fun!!