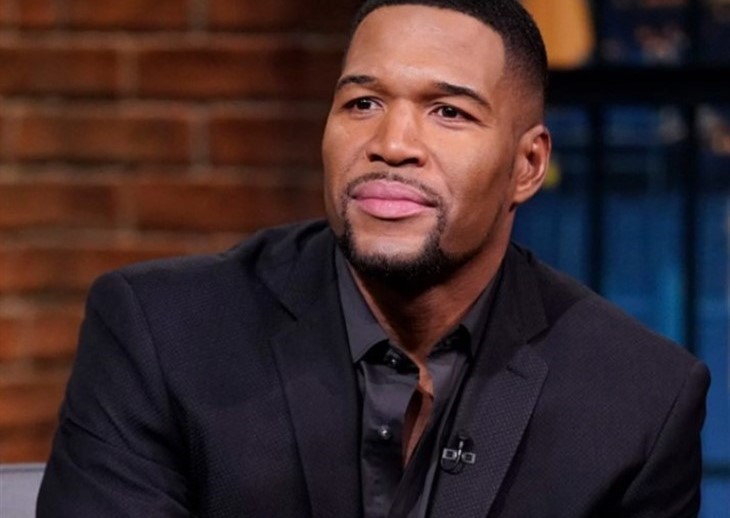 The Bachelor spoilers and updates reveal Good morning America hosts Michael Strahan and Robin Roberts are both on the run for the next host of The Bachelor replacing Chris Harrison. Most people and media personnel are reportedly vying to see Michael Strahan take the place of Chris on the show, Michael is predicted to bring a “level of stability” to The Bachelor.
Chris Harrison, the show’s longtime host, was “iced out” of talks with ABC as they seek his replacement due to an ongoing racism scandal and the backlash that came after.

A “Bachelor” insider gave exclusive hints to Sun admitting that Michael was being actively considered for the role as they felt that he had the right mix of characters that are great for news and show business, which makes him the right fit for the role of overseeing the ABC series.

Michael Strahan began his career as a professional football player and played defensive end, spending his entire 15-year career with the New York Giants of the National Football League (NFL). He also set a record for the most sacks in a season in 2001, helping The Giants to win the Super Bowl XLII over the New England Patriots in his final season in 2007.

After his retirement from professional football, he began working as a media personality. He works as a football analyst for FOX NFL Sunday and co-hosts Good Morning America. He also co-hosted the syndicated daytime talk show Live! with Kelly and Michael with Kelly Ripa, which lasted for 4 years. The role won him two Daytime Emmy Awards. In 2014, he became a regular host for Good Morning America and was later announced in 2016 to leave Live! to join GMA full-time.

Strahan Or Roberts For The Bachelor

While it is not yet confirmed whether Michael would be taking up the new role as he is still being considered alongside Roberts, GMA news anchor, OK! broke the news of Michael’s potential new gig, but the insider explained that there are issues that would need to be ironed out for him to land the role full time.

The Bachelor Alum Ivan Hall The Latest To Speak Out About Chris Harrison https://t.co/jWQiAGKPF7

The Sun was made to understand that ABC executives want to make sure that they have the right person that can bring a level of stability to the show, in the absence of Chris Harrison.

There is no confirmation yet when or if Chris Harrison would still be returning to the show after the “racial” comments he made to the first black Bachelorette on the show.

If Michael got booked for the role, he would oversee Matt James “After the Final Rose” special, and the next season of The Bachelorette.

Decisions are to be made in a few days according to sources, though Michael’s booking would need some tricky negotiations due to his Fox commitments and GMA role in New York.