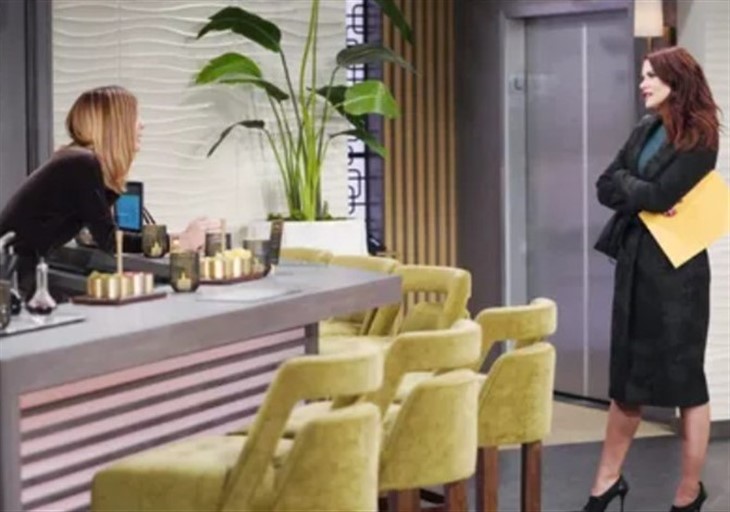 The Young and the Restless (Y&R) spoilers say that fans knew this would happen sooner rather than later. It looks like Phyllis Summers (Michelle Stafford) is going to take matters into her own hands by not only spilling some tea about it but doing everything she can to push her out of Genoa City. And knowing exactly what Phyllis is capable of, we have a feeling that Sally might want to watch her back. Here’s what you need to know.

For Phyllis, she of course is doing what she can to protect her daughter Summer Newman (Hunter King). That’s why she will inform Lauren Fenmore (Tracey E. Bregman) that Sally has her romantic sights set on Jack Abbott (Peter Bergman), which is the last thing that everyone wants to see happen.

Speaking to Soap Opera Digest in a new interview, The Young and the Restless Co-Executive Producer and Head Writer Josh Griffith says, “Lauren has a hard time believing Phyllis’ theory that Sally has targeted Jack. Lauren shares that Sally sees Jack as a mentor, but Phyllis isn’t buying it.”

The Young and the Restless spoilers say that Phyllis will soon tell everyone worth telling that after looking into Sally’s web browser, she found out that Sally has been doing a lot of research on Jack and his family. And while Lauren isn’t surprised that Phyllis has been snooping inside Sally’s laptop, it’s not enough evidence for her to think that Sally’s intentions with Jack are not sincere.

Y&R Spoilers – Can Sally Be Trusted?

Griffith adds, “Phyllis quickly realizes that it’s going to take a lot to convince Lauren that Sally cannot be trusted. While Phyllis gives Lauren a warning not to trust Sally, she is going to take matters into her own hands as only Phyllis can put a stop to Sally’s involvement with Jack and blabs about her past.”

Now, whether or not that actually happens remains to be seen. Of course, Y&R fans will have to tune in to find out what will happen next. The Young and the Restless airs weekdays on the CBS network. Check your local listings for times.