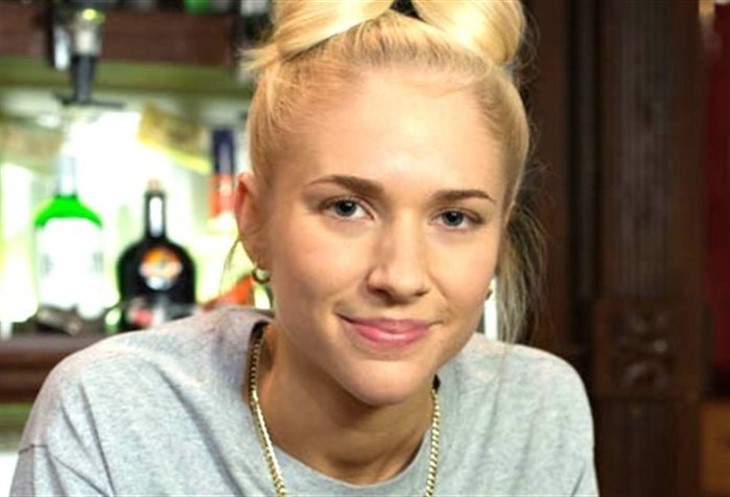 Eastenders spoilers reveal that there are some casting changes happening with the soap. For starters, Nancy Carter (Maddy Hill) is confirmed to be returning. We also have some new faces coming to the square, so that will mix things up a bit. Davood Ghadami is leaving the soap and now It’s time to say goodbye to his character, Kush Kazemi.

Eastenders spoilers reveal that Nancy has been gone from the BBC soap for five years. Earlier this month, it was confirmed that she would be coming back. Executive producer Jon Sen discussed bringing back the character. He explained, “There’s a lot of mystery surrounding her return and she’s coming back to a family that has been through a very difficult year – things are definitely not as Nancy left them.”

The producer also teased that Nancy’s return might be tied in with Mick Carter’s (Danny Dyer) sexual abuse storyline. What is interesting about this is that Mick wants to open up about the abuser and tell his children what he went through. However, Linda Carter (Kellie Bright) warns that it’s not a good idea. Does she know something that Mick doesn’t about their children? The look on Linda’s face implied that she wasn’t telling her husband everything.

EastEnders Spoilers: Suki Will Soon Be Forced To Cover Her Tracks, Could Her Lies Catch Up To Her?

It is confirmed by Metro that Brian Conley has been cast as Sonia Jackson’s (Natalie Cassidy) father, Terry Cant. Last year, Sonia tried to find her father online. He’s been out of the picture for quite a long time and her search yielded no results. So imagine her shock when Terry shows up! The newcomer is described as the ultimate people pleaser and wants to settle down in Walford.

Look forward to James Farrah making his debut as Zack Hudson. He is described as an unpredictable troublemaker. He had a difficult childhood and still suffers from it. In fact, it is why he doesn’t form attachments to people.

Sharon Watts (Letitia Dean) will learn that her father has died and there will be a funeral. He is the same man who was an abuser and also helped fake Kathy Beale’s (Gillian Taylforth) death.

Eastenders spoilers reveal that fans learned that Ghadami was leaving the soap late last year. The actor’s rep mentioned that it would be in early 2021, but we were never given an exact date or how he would exit. It seems Kush’s time to disappear from the canvas will be arriving soon. He could end up going to prison or Gray Atkins (Toby-Alexander Smith) could kill yet again. Gray will be blindsided by Kush and Whitney Dean (Shona McGarty) going public with their romance.

Eastenders spoilers reveal that Lacey Turner will be going on maternity leave, so expect Stacey Slater to exit once again. When she vanishes from the small screen, will it be due to her leaving on her own? We know she feels incredibly guilty about Ruby Allen’s (Louisa Lytton) miscarriage. It’s possible that Ruby could try and send her to prison, too.