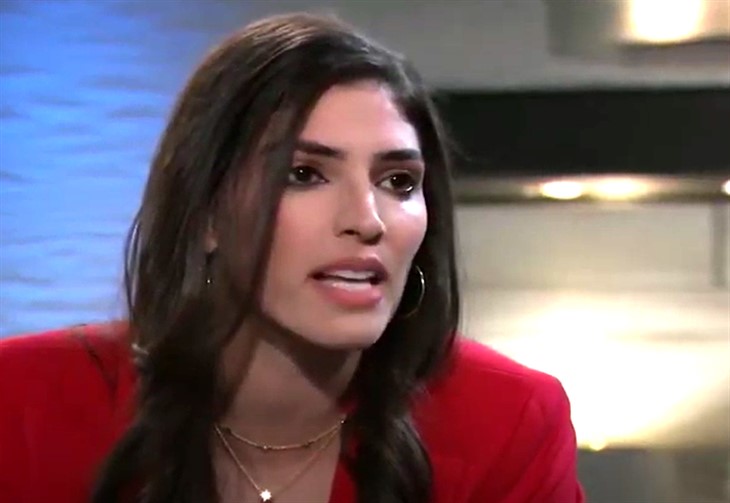 General Hospital (GH) spoilers tease that although Harrison Chase (Josh Swickard) and Willow Tait (Katelyn MacMullen) have taken steps toward reconciliation, during their Valentine’s Day date, Willow couldn’t praising Michael Corinthos (Chad Duell). Even though Michael and Willow have gotten an annulment, it seems clear that Willow feels more than friendship for Michael, even if she hasn’t admitted it to herself yet. Unfortunately, Chase may find himself needing comfort that Willow just may not be able to give.

Before Jackie Templeton (Kim Delaney) married Gregory Chase (Gregory Harrison) she was involved with Hamilton Finn (Michael Easton). In fact, Jackie spent the day before her wedding to Gregory in bed with his son. Finn refused to fight for Jackie, so he left town while his father married his lover. Several months later, Chase was born. Jackie never bothered to get a paternity test, but Finn has recently decided that he wants to know if Chase is his son. He has had a paternity test done himself but agreed to wait until after his wedding to Anna DeVane (Finola Hughes) to pick up the results.

GH Spoilers – Harrison Chase Will Struggle To Grasp That His Mother And Hamilton Finn Might Be AHis Parents.

Finding out that the man he has always believed to be his older brother might actually be his father will be something that Chase will struggle to deal with. He may attempt to reach out to Willow, but realizing her heart is leaning toward Michael, he will likely start to distance himself from her once again. It seems entirely possible that Chase will try to numb his pain with alcohol and wild living and might even decide that he can’t be with Willow and might even break up with her for good. But luckily, there is someone about to return to Port Charles who knows a thing or two about complicated family relationships.

General Hospital Spoilers – Brook Lynn Quartermaine Is On Her Way Back To Port Charles!

Brook Lynn Quartermaine (Amanda Setton) is on her way back to Port Charles and her arrival might be just in time to help Chase. Viewers may recall that before she left Port Charles had been sleeping on Chase’s couch after her father, Ned Quartermaine (Wally Kurth) kicked her out of the Quartermaine mansion after she sold her ELQ shares to Valentin Cassadine (James Patrick Stuart). And although Brook Lynn may coming back with a secret of her own, for now, look for her to reach out to Chase. And although there may not be any family dinners in his family’s near future, Chase will focus on his own life and want to share that future with Brook Lynn. But her possible pregnancy by Valentin may leave me hesitant to get involved with anyone right now.

Will Chase discover that Finn might actually be his father? Can he ever forgive Jackie for keeping a secret that big? Will Chase end things with Willow for good in the middle of this identity crisis? When Brook Lynn returns, will Chase begin to want a future with her, even as she reveals she is carrying Valentin’s baby? In Port Charles, old family secrets can suddenly change everything so stay tuned to General Hospital airing weekdays on ABC. And don’t forget to check back right here regularly for all your General Hospital news, information, and spoilers!