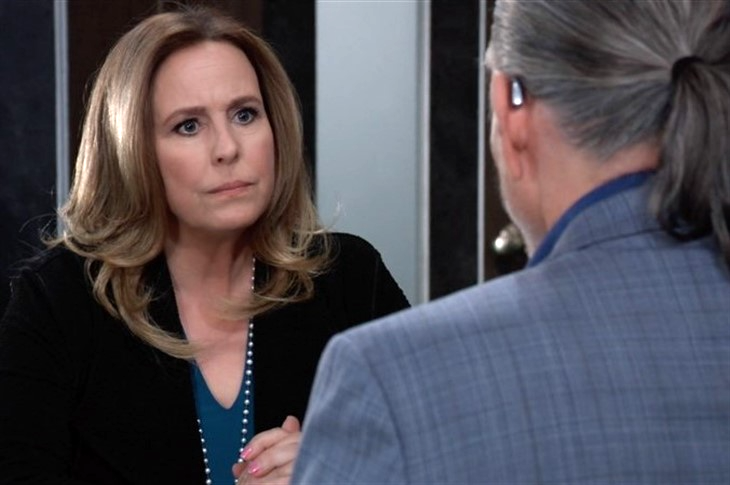 General Hospital spoilers and rumors reveals  Cyrus Renault (Jeff Kober) is a man who wants respect. He had been in prison for being a drug dealer but has since been exonerated. He became the Chief of Staff of General Hospital. However, the position is really a front for his drug business. Cyrus wants to control the information on drug-related deaths in Port Charles. He also wants to have a new drug put on the market that is highly addictive.

He had wanted to get the approval of the hospital board for FDA testing but the board has recently denied the approval of the drug. The reason for the rejection came from the fact that Jackie Templeton (Kim Delaney) published an article in the Invader that did not paint Cyrus in a good light. Laura Collins (Genie Francis) and Lesley Webber (Denise Alexander) came together to convince the hospital board to reject the drug. Cyrus is not happy with this situation.

General Hospital Spoilers – Cyrus Renault And His Troubled Family Past

Cyrus recently found out that Laura was his sister. His father Gordon Grey (Eric Server) had an affair with Laura’s mother Lesley. Gordon was a college professor who had got involved with Lesley who was his student. Lesley was not the only woman that Gordon had been unfaithful to his wife Florence Grey (Annie Abbott) with. It was a source of contention between Cyrus and his father. One day Cyrus and his father got into an argument that led to Cyrus running down his father with a car. Florence told Cyrus to leave home and not come back. Cyrus left and went into the mob underworld.

Cyrus wants to have a relationship with Laura. However, Laura does not want to have a relationship with Cyrus. She was very upset to find out that Cyrus was her brother. Laura is the Mayor of Port Charles and she feels that Cyrus is a danger to the town because of his illegal drug business. It did not help the situation that her daughter Lulu Spencer Falconeri (Emme Rylan) had been hurt in an explosion at the Floating Rib. Cyrus was behind the explosion even though Laura does not have proof. Cyrus does not like Lesley because he believes that she is part of the reason that he was rejected by his mother Florence. Cyrus may decide to go after Lesley even though Laura is his sister.

General Hospital’s Cyrus is a man of action. He is not above going after family members even if they are in his own family. Will he go after Lesley for convincing the board to reject his drug proposal? Will he go after Lesley for her past with his family? Can Laura protect her family and Port Charles from Cyrus? Tune into General Hospital to find out what Cyrus does!