General Hospital (GH) Spoilers: What Will Alexis Davis Do Now? 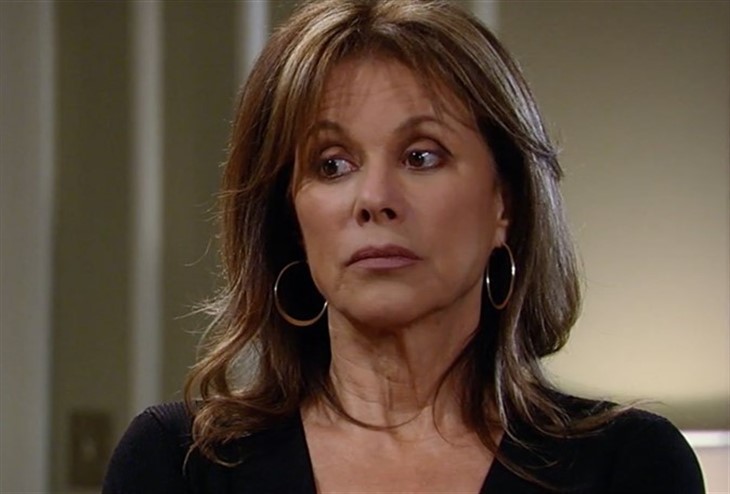 General Hospital (GH) spoilers show Alexis Davis (Nancy Lee Grahn) is a strong independent woman. She has been a celebrated lawyer. She has three daughters that love and respect her. However, things have not been going well for Alexis recently. She met and started to have a relationship with Dr. Neil Byrne (Joe Flanigan) a psychologist.

However, the relationship had different problems. Alexis had been his patient. It was against the rules for Neil to date Alexis until two years had passed. But Neil and Alexis could not stay away from each other. They started to date which caused both of them to lose their professional licenses. It took a while for Alexis and Neil to decide to start dating again. However, tragedy struck when Neil died after having a night with Alexis. It devastated Alexis.

Alexis has a history of alcoholism. She had been sober for a long time. The loss of Neil drove Alexis back to drinking. She has been making many different bad choices ever since she started to drink again. The worse choice that she made was sleeping with Ned Ashton Quartermaine (Wally Kurth).

General Hospital spoilers reveal Alexis and Ned had a one-night stand after they both felt that they had lost the one that they loved. Ned thought that his wife Olivia Quartermaine (Lisa LoCicero) had been with Robert Scorpio (Tristan Rogers) after Olivia had gone to see her son Dante Falconeri (Dominic Zampragna). However, Olivia had been true to Ned. Alexis and Ned had felt bad about the affair and kept it a secret.

General Hospital’s Alexis has been getting into different kinds of trouble because of her drinking. Tracy Quartermaine (Jane Elliot) wanted to keep the affair that Alexis and Ned had a secret so she tried to set Alexis up for drinking and driving.

It did not work but it did bring out the secret that Alexis and Ned were trying to keep from Olivia. Alexis also tried to attack Franco Baldwin (Roger Howarth) with a drug-filled syringe. She was afraid that Franco was going to hurt her daughter Sam McCall (Kelly Monaco). Franco and Sam have a complex history. Dante got in the way and was hurt instead. Now Alexis is in trouble with the authorities on General Hospital.

General Hospital Spoilers –  Alexis Needs To Get Back On Track

On General Hospital Alexis needs to get help to find her way back. She is going back to her AA meetings. She has even started to get back to being sober. She has the support of Sam and her other daughters Molly Lansing-Davis (Haley Pullos) and Kristina Davis-Corinthos (Lexie Ainsworth). Will Alexis stay sober?