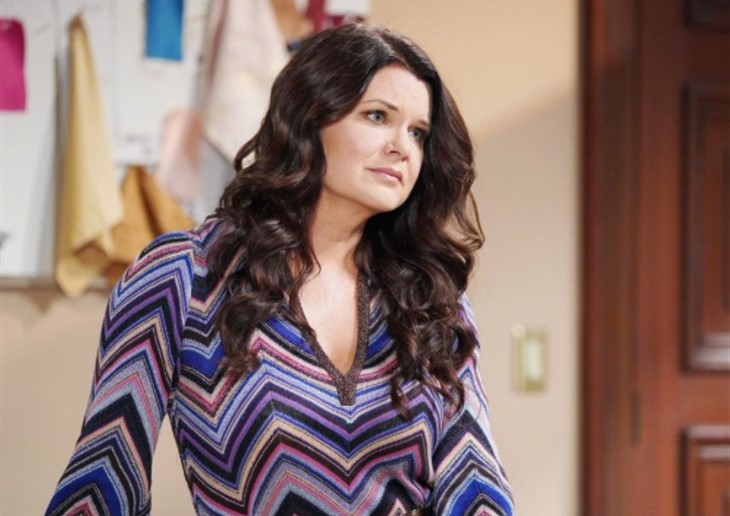 The Bold and the Beautiful (B&B) spoilers tease that in Los Angeles Katie Logan (Heather Tom) will agree to forgive Bill Spencer (Don Diamont), which gives Batie one more chance. Forgiveness led to understanding that Bill is who he is, but also that Katie missed the life they worked hard to achieve.

Family influence aided this reunion, as Brooke Logan Forrester (Katherine Kelly Lang), Donna Logan (Jennifer Gareis), and Wyatt Spencer (Darin Brooks) all spoke in favor of Bill. Their combined efforts worked, with Katie being persuaded by the emotional plays that were made.

However, it must be said that Katie’s love for Bill proved to be the decisive factor. So, the question is if he can maintain his victory?

The Bold And The Beautiful (B&B) Spoilers: Finn Isn’t Very Happy With His Current Arrangement With Steffy And Liam

Katie knew that Bill and her sister weren’t involved within minutes after confronting them at Brooke’s home last spring. Those scenes took place last year, which seems like ancient history at this point in the storyline.

Tom’s character developed her perspective as time passed. She had to decide if Bill’s past behavior and the very real possibility that he could always revert to his bad form was worth the investment that another Batie revival would require.

Brooke’s reassuring words are coupled with the fact that she and Ridge Forrester (Thorsten Kaye) are reconciled, with Katie fully knowing that those two are eternal love birds.

B&B  Spoilers – Will Spencer Is Resilient And Deserving

Katie’s persistent trepidation went beyond the need of her own soul. She knows that Will Spencer (Finnegan George) has rebounded throughout the many times that Batie split.

Bill has often noted that Will is a resilient young man. He sees that son as the one who’s most like him, with many endearing scenes based on Spencer’s shared business beliefs.

Will loves his parents and, like many elementary school children, he wants them to be together. Now they will, with the Bill-like pun intended.

The Bold And The Beautiful Spoilers: Finn Fumes, Steffy Won’t Evict Liam From Her Lifehttps://t.co/i12znm2Y9d

A bet favoring Bill’s permanent marriage endurance with Katie would have failed each time in the past. But he’s truly been humbled this time around.

A fresh take would have Diamont’s legacy character winning this time around. Bill knows this is likely his last shot to remain with the one woman in the world who serves as the most positive influence over him.