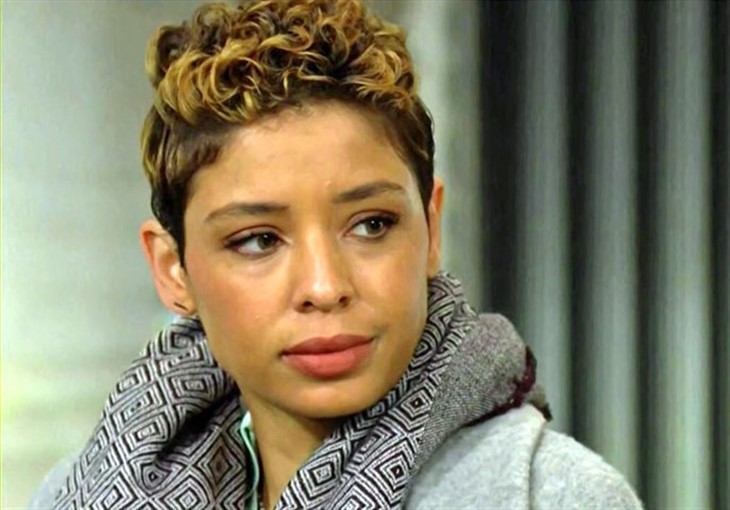 The Young and the Restless (Y&R) spoilers document that a number of ladies believe in a destined future. As for the guys, they have some choices to make, but also need to prove themselves.

Elena Dawson (Brytni Sarpy) still loves Devon Hamilton (Bryton James). But she knows that Nate Hastings (Sean Dominic) might be more compatible than Devon and he’s available. Amanda Sinclair (Mishael Morgan) is falling in love with Devon, while not knowing that he just reconnected with his last love.

The Young And The Restless Spoilers – Demanda Feels Destined, But Is It?

What Devon and Elena had was real and deep. They were there for each other during transformative times in their lives. The suddenness of Elevon’s (or Delena’s) expiration date left unresolved feelings, as viewers just witnessed.

Amanda has a unique element going for her, in that she’s directly tied to Hilary Hamilton (Mishael Morgan) on The Young and the Restless. That factor implies Devon will wind up with Amanda, no matter what nostalgic pull Elena represents.

However, the above assumes that Amanda won’t stop Demanda’s start after she learns what Devon just did.

Just as Billy can’t be counted on to do what’s best, or normal, Villy can’t be thought of as over forever. No matter how many times Victoria has gotten rid of Billy, this couple has revived.

The difference this time is that Billy decided Victoria was squashing him. He believed that she put him in a mental box and wouldn’t even recognize his strengths, or be part of his growth process.

This storyline projects toward a BiLily engagement, or even marriage. Establishing Lily as Victoria’s strong rival seems too good to pass up.

The Young And The Restless (Y&R) Spoilers: Sally Spectra Digs Into Jack Abbott’s Past https://t.co/R6zTHdhHzk pic.twitter.com/t5JAGMnvHF

Devon made a mistake in allowing himself to relive the past with Elena because he was promising Amanda his whole self. That choice could derail, or even end Demanda’s trajectory. But Devon isn’t wrong in having feelings for both great ladies.

Billy decided that Victoria was his past and that he could move on. He has and Victoria doesn’t like it. She’s determined to prove Billy wrong, which plays into the apt assessment he made about her.