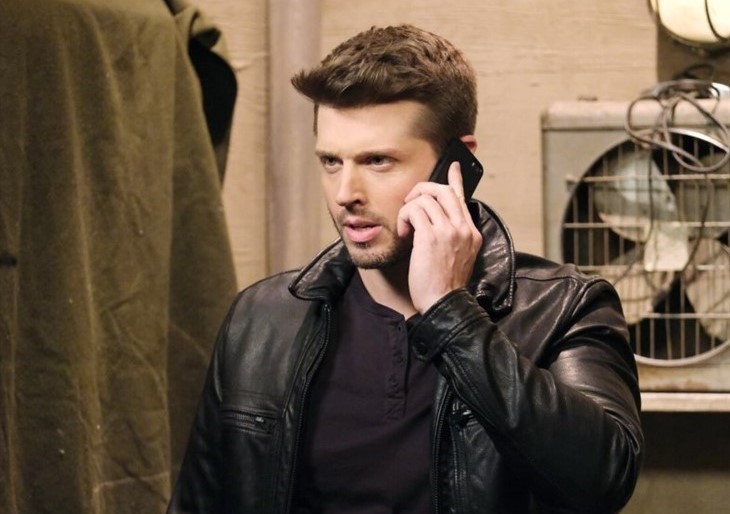 Days of Our Lives (DOOL) spoilers for the week of March 8 reveal that in Salem Evan Frears aka Christian Maddox (Brock Kelly) takes Claire Brady (Isabel Durant) hostage. Meanwhile, Ben Weston (Robert Scott Wilson) is afraid that he’s too late and Ciara Brady Weston (Victoria Konefal) is already dead. What happens next with this storyline?

Days Of Our Lives Spoilers – Evan Frears Gets Desperate

DOOL spoilers reveal that Evan shot Rhodes (Jason Downs) and took over as Ciara’s captor. He is taking orders from his father, Orpheus (George DelHoyo). However, the supervillain is still in prison and the two are communicating over the phone. So, when Evan starts to question his father’s promises and motives, there is nothing Orpheus can do without being physically there.

He seems determined to make Ben and Ciara suffer. But his head will also be spinning about his father’s promises and threats. It could lead him to go into a panic, which has him grab Claire and take her hostage. Now, this seems to suggest that Ben and Claire go on the hunt for Ciara together rather than Evan coming to Salem just to grab a hostage. Of course, there is always the possibility that The Glass Box might be right outside of Salem. Hostages on the NBC soap have been kept near the town or even in the same neighborhood in the past.

Days Of Our Lives Spoilers – Is Ciara Brady Weston Dead?

Days of Our Lives spoilers reveal that Ben is afraid that he’s too late and Ciara is already dead. Meanwhile, Ciara assumes that Ben is the one who has died. As fans recall, Ciara didn’t believe Evan’s story about Ben’s death. So, he pulled out a newspaper article which had Ben’s photo and an article about the tragedy. Ciara thinks it’s real, but it’s a fake newspaper.

Throughout this hostage storyline, “Cin” have communicated in alternative ways, such as telepathically or through dreams. So, Ben and Ciara could realize the other is still alive. But they would have to focus hard enough and long enough to reach the other person. We’re not sure if their grief would prevent them from doing that.

Days Of Our Lives (DOOL) Spoilers: Who Killed Charlie – Will Salem Ever Know https://t.co/ZRNIdYywuH pic.twitter.com/DU9fu1Pl00

It is suggested that Ben and Ciara will get a miracle. Someone is going to come along and save the day, but who will it be? As for Claire, will she be able to get herself out of the hostage situation or will she need to be rescued too? Maybe Evan will get some sense knocked into him and realize he’s going down the wrong path again. Stranger things have happened on soaps, after all. We will have to keep watching the NBC soap to see how this story develops.