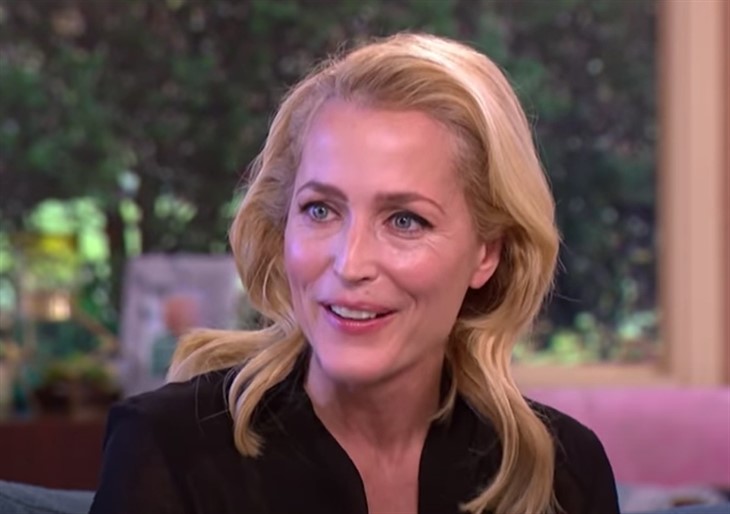 British royal family news divulges that at least one person gets why Prince Harry, Duke of Sussex thinks Netflix’s controversial series The Crown is fiction. By the way, the divisive show is based on his family, who are definitely not fictional.

Gillian Anderson plays Margret Thatcher in the Netflix series that dissects the lives of members of the UK royal family, aka Harry’s relatives. In fact, Anderson is thrilled that Hollyweird Harry, the Duke of Sussex went public saying he approves of the show that has humiliated his family, and that he realizes that the creator, Peter Morgan, has woven factual events to make the show more compelling.

Now would be a good time to note that Harry is currently a Netflix employee, although he has yet to earn his gazillion-dollar producer contract by actually creating anything. Maybe voicing his approval of Netflix shows is how he earns his keep?

Prince Harry recently revealed on The Late Late Show that he watches The Crown and said the series is “fictional” but is “loosely based on the truth.”

He said, “They don’t pretend to be news, it’s fictional. But it’s loosely based on the truth. Of course, it’s not strictly accurate but it loosely it gives you a rough idea of that lifestyle and the pressures of putting duty and service above family and everything else and what can come from that.”

The ex-royal added insult to injury by explaining, “I’m way more comfortable about ‘The Crown’ than the stories I see written about my family, my wife or myself. Because it’s the difference between that’s obviously fiction, take it how you will – but this is reported on as fact because you’re supposedly news.”

After her Golden Globe win for Best Supporting Actress, Gillian remarked, “I haven’t heard any discussions about Royals and their opinions about ‘The Crown’. I think they decidedly don’t express opinions. I would say that Harry is fairly well qualified to judge what is fact or fiction and it was pleasing to hear that he understood what Peter was trying to do on ‘The Crown.’”

The actress went on to say, “He’s telling a nuanced story about the challenges of putting duty and service before love and family and he has certainly many many years of experience with that. And so, it was nice to be on the outside but also on the inside and hearing, perhaps, that subject put to rest … one would hope.”