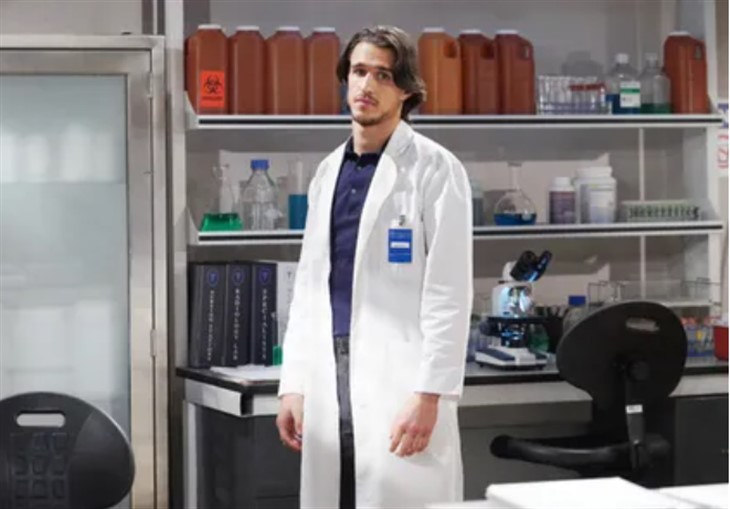 The Bold and the Beautiful (B&B) spoilers reveal that in Los Angeles Thomas Forrester (Matthew Atkinson) won’t get Vinny Walker (Joe LoCicero) to confess. A secret is exposed, which causes Steffy Forrester (Jacqueline MacInnes Wood) to leave both L.A. and John Finnegan (Tanner Novlan) behind. Could Vinny’s hatred cause him to make Steffy believe something about Finn that’s not true?

The Bold And The Beautiful Spoilers – Vinny Walker’s Plan Fails

B&B spoilers reveal that Vinny tampered with Steffy’s paternity test. He didn’t do it for Thomas. He did it for himself, although he wouldn’t complain if they both got the women they want. However, he’s not only risking his job, but his freedom as well. But Vinny’s crush on Steffy has obviously grown into a full-blown obsession. Watching Thomas mastermind all those schemes to get Hope Logan (Annika Noelle) must have rubbed off on Vinnie. We’ve seen him do some shady things, but never anything like this. Despite him being confident that “Sinn” would break up if Finn wasn’t the baby daddy, the couple stayed together.

It is teased that during the week of March 8, Vinny could step up his efforts to make Steffy his own. If Finn isn’t going to dump Steffy after she cheated on him and got pregnant, then Vinny will have to work another angle. It is suggested that he will focus on getting Steffy to be the one to end the relationship. He comes up with a plan, something that would guarantee Steffy to dump Dr. Hunky.

The Bold And The Beautiful Spoilers – Destroying John Finnegan’s Life

The Bold and the Beautiful spoilers reveal that Vinny hates Finn with a passion. Is it just because he has a crush on Steffy and can’t have her? Or does Finn really look down on those who aren’t doctors? Perhaps there is something else that’s propelling Vinny’s fury? In any case, Vinny will work on destroying Finn’s life. First, he took away Finn being a father. Next, he will ruin his relationship.

It is confirmed that a secret is exposed. After learning the truth, Steffy breaks up with Finn and heads to the airport. She’s leaving L.A. and doesn’t plan on coming back, which indicates she’s humiliated as well as heartbroken. Finn does rush to stop Steffy before he loses her forever. If he were really guilty, then why would he do that? It seems that Vinny might have exposed some scandalous secret about Finn, but is it even true?

Head writer Bradley Bell previously teased that someone else was pulling the strings when it came to Steffy, Finn, Hope Logan (Annika Noelle), and Liam Spencer (Scott Clifton). This might not be about Thomas and Hope at all. This could all be about Steffy. Will Finn be able to clear his name and save his relationship? We will have to keep watching the CBS soap to find out.