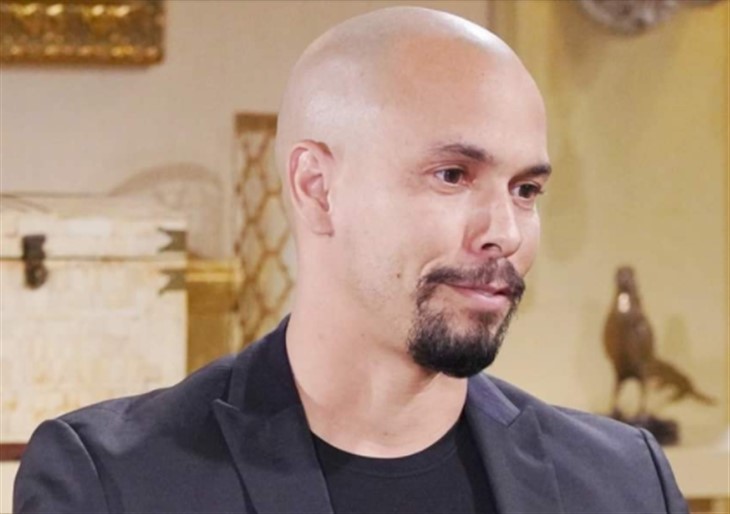 The Young and the Restless (Y&R) spoilers show Devon Hamilton has, in his words, stepped up. His offer to Abby Newman Abbott Chancellor (Melissa Ordway) reinforces the generous persona that has come to define this one-time hardened youth.

Long-time Y&R fans have witnessed the evolution of Devon through the years. James has taken the scripts he’s been given, since first joining the cast in 2004, and has developed this character into someone who is most defined by his compassion for others.

But daytime is also about drama. So the recent reconnect with Elena Dawson (Brytni Sarpy) will play into Amanda Sinclair’s (Mishael Morgan) overall analysis of the man she’s also fallen in love with.

The Young And The Restless Recaps & Spoilers – Chabs Storyline Being Straightened

It is fair for any fan to question Y&R’s choices in recent months when it comes to Chabs. Why have Abby and Chance Chancellor (Donny Boaz) pursue a relationship that results in marriage and the hope for baby, shortly after the nuptials, only to write Boaz out of the show shortly after the honeymoon?

It’s hard to know if Y&R story-boarded Chance out from the moment Chabs formed, or made that decision a handful of months ago. There has been some speculation regarding budget cuts being responsible for Chance’s need to leave town for an Agency assignment. Tyler Johnson (Theo Vanderway) also left recently as well. So, maybe there is credence to this conjecture?

With whatever is true, having Mariah Copeland (Camryn Grimes) agree to become a surrogate and now, to have Devon volunteer his involvement begins to straighten what had become a tangled storyline.

Abby is resilient, as evidenced by her optimistic outlook. She understands and has accepted Chance’s need to leave. The letter he sent and the presence of her mother-in-law, Nina Webster (Tricia Cast), have helped Abby as well.

Thinking of Mariah was a natural, considering her status as Abby’s Maid of Honor at the wedding. Devon’s arrival at the fabled Chancellor mansion, which included his invitation that Mariah be there as well, created a warm scene.

Amanda is in love with Devon. They’ve just affirmed their couple’s status. But viewers know that Devon and Elena still have feelings for each other.

Morgan’s character will learn what happened at the penthouse and at the Chancellor mansion. She’ll need time to blend the jarring reveal about Elena, with the news that’s connected to Abby, Chance, and Mariah.

Here’s hoping that all goes well for Devon, both in his new romantic pursuit and in helping Chabs. Whether Amanda will be able to join the same outlook remains to be seen on Y&R.

HH is a leading source for everything linked to The Young and the Restless. Check back regularly for Y&R spoilers, rumors, recaps, and soap opera news!