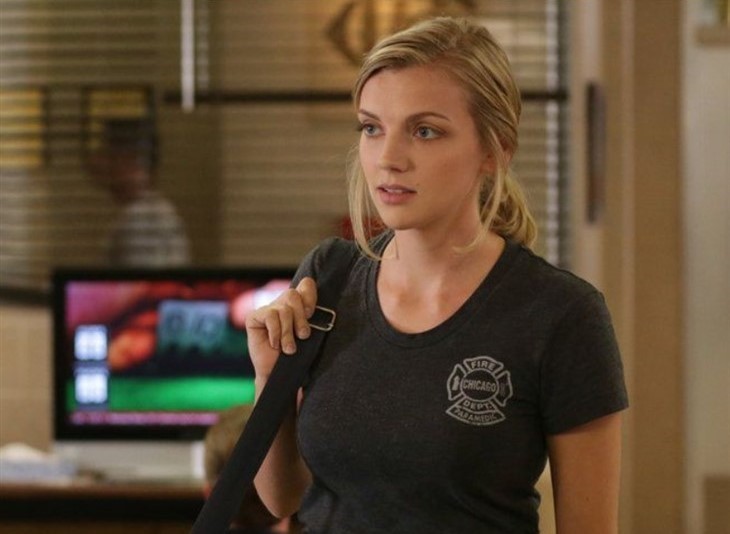 The most recent episode, “Dead of Winter” marks Kara’s 140th Chicago Fire episode. In this episode, Station 51’s Captain Matt Casey (Jesse Spencer) and Kelly Severide (Taylor Kinney) joined forces when a fire at a homeless encampment looked more like attempted murder. Darren Ritter (Daniel Kyri) met a homeless woman while on the call and befriended her, in the process revealing something about his personal history. As for Brett, when she and everyone else returns to 51, she is surprised to see Lt. Greg Grainger (Jon Ecker) there asking her for supplies for one of his team’s ambulances.

He then asks her if she wants to get a drink at Molly’s; they agree to meet up. Afterward, Brett goes to see Grainger at Firehouse 40. She claims they’re short on tools at 51, using the same type of lame excuse he did at the start of the episode, and then asks him out. In addition to her 140th Chicago Fire appearance in this episode, Kara also has appeared on sixteen episodes of Chicago Med and ten episodes of Chicago PD. She has appeared on both mini-crossovers, where she either shows up at Med with a patient she’s transported in her job as a paramedic or picked up patients or attended to them at crime scenes on Chicago Med. Kara, like Sylvie, has also been involved in and even a focal point character in a few Chicago crossover events, which usually open the new seasons.

Monica Raymund, who played Gabriela “Gabby” Dawson held the previous most Chicago Fire episode appearance title for an actress at 139 episodes. Dawson, of course, had been married to Casey, who now has on-again-off-again dated Brett. The character of Gabby exited the Chicago Fire canvas when Monica left the show, and Gabby went to Puerto Rico to help out after a devastating hurricane and decided to move there. There are an up and comer that may soon take the title from Kara, and that is Miranda Rae Mayo, who plays Sylvie’s paramedic partner Stella Kidd. She is now at 103 episode appearances, having debuted on the show in 2016. For those who like to keep up with the statistics, Jesse Spencer and Taylor Kinney, who play Matt Casey and Kelly Severide respectively, have appeared in all 186 episodes.

The four actors who trail them by one episode apiece are Christian Stolte, who plays Randall “Mouch” McHolland, Eamonn Walker, who plays Chief Wallace Boden, Randy Flagler, who plays Capp, and David Eigenberg who plays Christopher Hermann. Yuri Sardarov, who played the late Brian Zvonecek, nicknamed “Otis” appeared in 161 episodes before leaving the show to pursue other opportunities. The shortest appearance title for a regular was held by Lauren German, who played Leslie Shay. She was in only 49 episodes of Chicago Fire, and 2 episodes of Chicago PD.

Stay tuned to Chicago Fire, and keep checking Chicago Fire spoilers for all the latest news, updates, and developments!