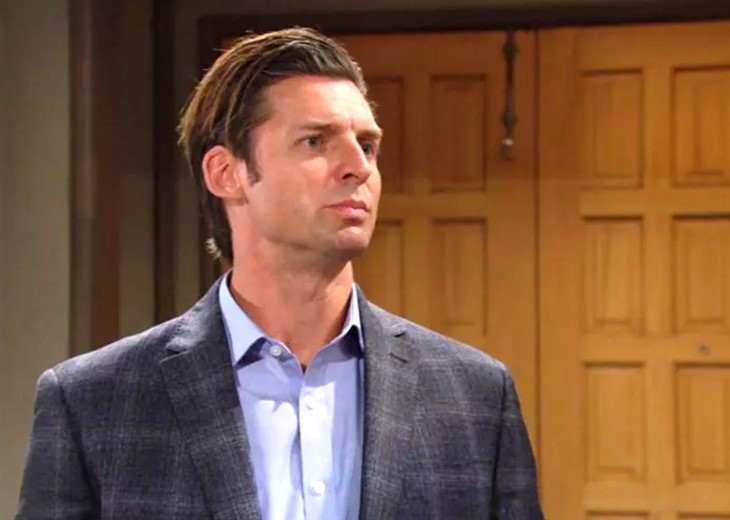 The Young and the Restless (Y&R) spoilers document that in Genoa City, Wisconsin Chance Chancellor (as last played by Donny Boaz) has been gone for a matter of weeks. The letters he wrote to his new wife and mother included reinforcement of his intentions for Abby Newman Abbott Chancellor (Melissa Ordway) to proceed with their baby plans and his belief that he could be back around the approximate time when the child would be born.

The sudden write-out of this main character continues to feel unusual. Why create such an upbeat arc, where Chabs met, fell in love, had a short engagement, were married, honeymooned, and decided to expand their family only to halt that forward progress with what could be an indefinite cliffhanger?

One plot point continues to glare, as the baby plans Abby is solely in charge of continuing to develop. Chance’s status must be updated definitively.

There is some buzz that indicates Chance will make contact with Abby. What she learns will hearten her stance to proceed with their baby plan.

Boaz said in his cast departure comments that Chance wouldn’t be killed off and that the role won’t be recast. That reflects what he was told by TPTB when his regular contract wasn’t extended.

So, like Tyler Johnson (Theo Vanderway) or other actors who were once seen regularly and have since returned on a recurring basis, it’s possible that Chance will come back later this year. It’s not that Boaz would have to be offered another regular contract. Chance could simply recur to fill the hole in the plot, as part of a logical resolution to the Chabs’ arc.

Let’s assume that Justin Gaston (Chance) doesn’t become the permanent recast for Boaz. It is possible that decision-makers have written Chance out for an indefinite period. That was true in the early 2010s when John Driscoll (Chance) had his contract non-renewed.

But if Chance comes back, in the assumed form of Boaz, then some type of short-form storyline wrap could happen. Mariah Copeland (Camryn Grimes) and Devon Hamilton (Bryton James) could help Abby further her surrogacy plans until then.

A potential clue to how the above storyline could work out involves Chance’s current inability to father a child. The possibility that he could do so someday seems purposeful, meaning that an eventual, in-person Chabs reunion happens with whatever actor portrays him.

The Young And The Restless Spoilers – Abby Newman Again?

Abby added Abbott, to honor her mother’s family, and Chancellor, to pay respect to Chance and his family, to her last name as part of the Chabs wedding. But if Y&R is in the process of writing Chance out as part of an eventual split of this couple, then Abby could revert to her original name, or drop Chancellor and become Abby Newman Abbott.

Chabs fans don’t like what’s happened and would be fully disappointed if Chance’s agency assignment extends into the distant future. But Abby will need to move on in the meantime, which could include doing so with Mariah and Devon’s generous assistance.