General Hospital Spoilers: Laura Warns Carly To Be Careful, Cyrus’ On The Rampage! 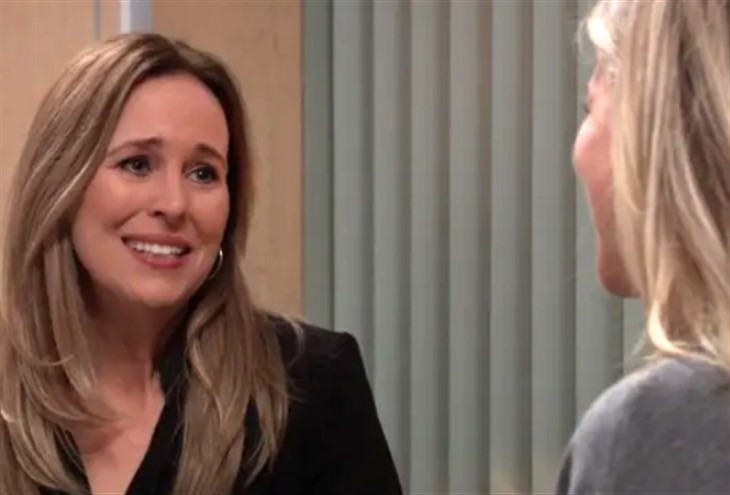 General Hospital (GH) spoilers tease that in Port Charles, NY Laura Collins (Genie Francis) will remind Carly Corinthos (Laura Wright) to keep her guard up in an upcoming episode of General Hospital because Cyrus Renault (Jeff Kober) is on the rampage!

General Hospital Spoilers – Thanks To Jackie Templeton, Cyrus Renault Now Knows He Was Left Out Of The Loop About His Mother!

General Hospital viewers will remember that Carly felt sorry for Martin Grey (Michael E. Knight) and gave him a burner phone to call his mother. Mother and son were happy to hear from one another, but Martin wanted more than that. He wanted to have his mother’s location. He talked to Jackie about it and she decided to do some investigation of their own. They found the right place but the wrong room, but Jason Morgan (Steve Burton) let them pay Florence Grey (Annie Abbott) a short visit. She and Martin had a happy reunion, but Jackie quickly figured out she favored her younger son over her older one, and Florence let her record their conversation about Cyrus. Jackie published it and Cyrus was livid!

For one thing, Marty didn’t bring him in the loop and for the other thing, now that he and Jackie found her, undoubtedly she’s been moved! Jackie wasn’t scared of Cyrus or intimidated by him at all, and she bluntly told him when he tried to bully her into giving his mother’s location that Florence didn’t want to see him – at all! It wasn’t anything that Cyrus didn’t know already, but it really got him torqued! Florence still hates him for running over her husband, and Cyrus, Marty’s and Laura’s father, Gordon Gray (Eric Server). Jason took credit for the “kidnapping” of Florence to protect Carly, and Cyrus thinks Jason did it but what better way to get leverage over Jason than to threaten his best friend Carly!

General Hospital viewers will remember that Laura also thinks Jason is to blame for the kidnapping, but she also knows that Cyrus would go after Carly to get to Jason! Cyrus is on a rampage – he is livid about Jackie writing and publishing the article because it ruined his chances to get his new incredibly addictive opiate pain pill to the FDA for approval! It would have had to go through the hospital board and Jackie’s article changed their mind! But right now his focus is on getting to his mother and her location! Basically, he wants to keep his thumb on her although he is still fighting a losing battle to gain her approval.

General Hospital Spoilers: Will Carly’s Confrontation With Nina Cause Her To Go After Wiley?https://t.co/dQBjIv7etL

But Cyrus’ desperation is making him even more dangerous! Laura and Carly both know what a power-hungry control freak does when he cannot control his environment or his situations. Cyrus’ being so hands-on in the hospital, which no previous chief operating officer has ever done, just proves that he is a controller. Now many parts of his life are out of control, and he is going to lash out! Cyrus can be a very violent man as well, and even if he isn’t as hands-on with his criminal activities, just the fact that he used a bomb to blow up a restaurant full of people to take out the only one says a lot! Laura warns Carly to watch her back, which is something Carly already knows to do, but she cannot let herself be distracted or Cyrus or one of his henchmen could strike suddenly!