The Bold And The Beautiful (B&B) Spoilers: Katie Set Up For Heartbreak – Bill Can’t Be Trusted 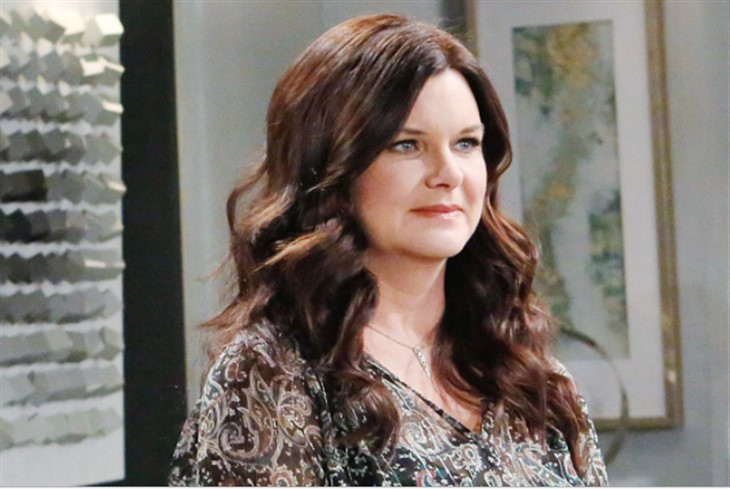 The Bold and the Beautiful (B&B) spoilers tease that Katie Logan’s (Heather Tom) agreement to reconcile with Bill Spencer (Don Diamont) is incredibly generous. But does one of B&B’s most infamous anti-hero characters deserve his umpteenth chance to make Batie work?

Will Spencer (Finnegan George) weighed heavy on Katie’s mind these past months. Along with their son’s welfare, Katie asked herself if Bill was truly sincere and decided that the answer was yes. However, she’s also chosen to check whatever trepidation she has about the future.

Katie is a human being and makes mistakes. But when it comes to her interactions with Bill, she is nothing short of a candidate for sainthood.

A study of Katie’s life, if made by future generations of family, would determine that she acted with the best interests of her son in mind at all times. She learned how to confront an alcohol issue. And she developed nerves of steel when resiliently furthering the Batie family.

It’s not that viewers believe Bill should be on a path to perfection. He’s allowed to be human. But his cruel and thoughtless behavior can’t return, no matter the circumstances he faces following this revival.

Katie is the best person he’s ever encountered in his adult life. Bill actually came to realize that during this most recent separation period and appears to be in control of himself.

But the eternal question with Bill is what will trigger his next emotional outburst and how will he respond?

The Bold And The Beautiful Spoilers – A Way To Sustain Batie

Something must follow now that Katie has reconciled with Bill. She should remarry him and then allow herself to breathe.

Katie can not apply daily pressure to herself, forever waiting for the Sword of Daytime Damocles to fall. That approach, which has been earned through the hardness of time and experience must be enforced. She can’t assume Bill will do wrong, or overreact to minor matters.

As to the question, does Bill deserve yet another chance? That is subjective. Some say no if they don’t believe in redemption, but erase others from their lives. Those decisions come from a place of pride.

Katie is humble at heart, has a strong mind, is mostly responsible for Will’s goodness, and can be a positive force in Bill’s life. Hopefully, Diamont’s character allows himself to influenced by Katie’s positive, returned presence and the latest edition of Batie endures indefinitely.