The Young And The Restless (Y&R) Spoilers: Sally’s Ambitions Worries Rivals – and Phyllis Prepare For Battle 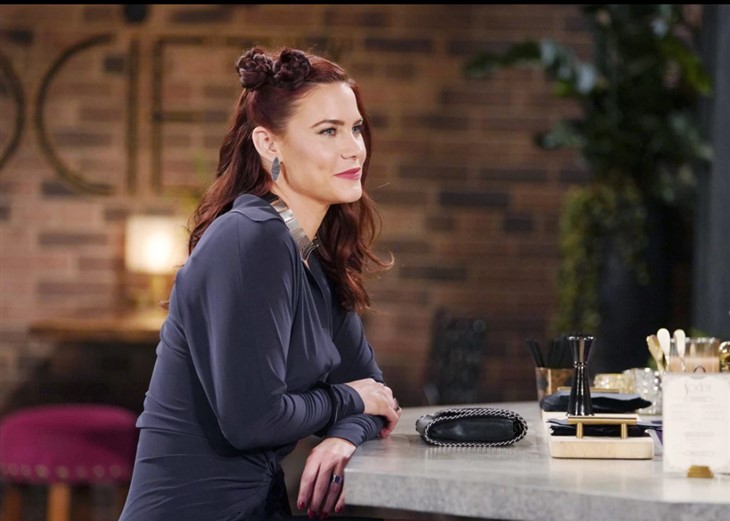 The Young and the Restless (Y&R) spoilers document that in Sally Spectra (Courtney Hope) continues working on a fluid, multifaceted plan to achieve status in Genoa City, Wisconsin. She’s using cold calculation and romantic persuasion in order to achieve what she believes is her rightful place among the elite in this legendary daytime setting.

Summer Newman (Hunter King) was Sally’s first target. Kyle Abbott (Michael Mealor) became the next. But Jack Abbott (Peter Bergman) is potentially her most dangerous aim unless he proves to be savvier than appearances suggest.

The Young And The Restless Spoilers – Leaving Los Angeles Quickly

Sally had to leave Los Angeles, California. Fans of The Bold and the Beautiful know the story. Devoted Y&R fans, who don’t crossover (wink) to watch the half-hour sister soap that follows each weekday, also came to learn of Sally’s many exploits.

Flo Fulton (Katrina Bowden) was glad to fill Summer in when King’s character recently went to California on a business trip that was also an information fishing expedition. Summer’s valuable knowledge has been blunted by the latest reveal since that point in the plot.

Tara Locke (Elizabeth Leiner) was not the right woman for Kyle and he was not the right man for her. Kara, or Tyle if one prefers that couple’s nickname, existed during the time when Tara was married to Ashland Locke (Richard Burgi).

Of course, Tara is still married to Ashland, who is said to believe that he’s Harrison Locke’s (no actor known to be cast for this role) father. Burgi’s character, set to debut in mid-March, has been cheekily dubbed the Lockeness Monster. Kudos to Y&R’s writing staff for inventing a nickname that’s both memorable and humorous.

The Young And The Restless (Y&R) Spoilers: Nick Tries To Protect Faith From Bullies, She Doesn’t Like His Methods #YR #YoungandRestlesshttps://t.co/8qkZa1mXBe

Summer made a wise move when confiding in her mother. Phyllis Summers (Michelle Stafford) provided solid advice, telling her daughter to ask Kyle to tell the whole truth. Then, he did.

Sally would expand her power in a most unexpected way if she helps Kyle, rather than undermines him any further. But if that happens, then Summer should seek Phyllis’s assistance again. Yes, Sally could eventually become a romantic rival for Kyle’s heart as devoted fans assume.