The Bold And The Beautiful (B&B) Spoilers: Zoe Fights To Repair Broken Engagement? – Carter Is Done! 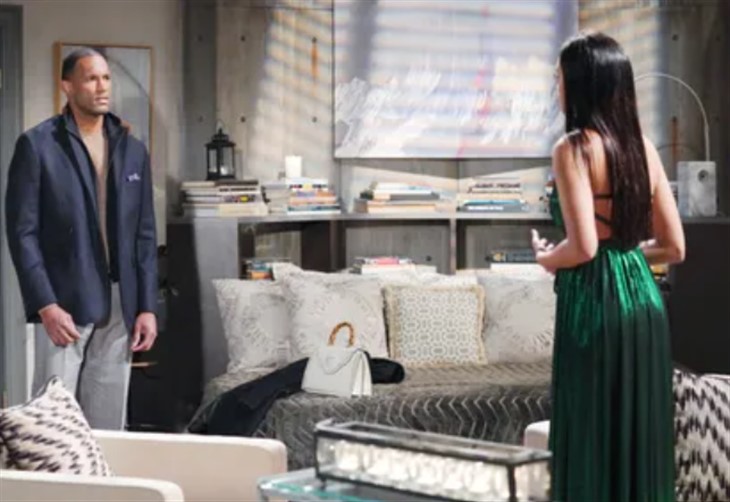 The Bold and the Beautiful (B&B) spoilers tease that in Los Angeles Zoe Buckingham (Kiara Barnes) will try to win Carter Walton’s (Lawrence Saint-Victor) trust back. She’s given him some needed time and space. But there’s no guarantee that any approach will work considering what recently was revealed.

Carter was rightfully angered when he learned that Zoe was, in effect, keeping him as her second love choice. Zende Forrester Dominguez (Delon de Metz) was Zoe’s first option, but he appears to have moved on to her sister, Paris Buckingham (Diamond White).

The Bold And The Beautiful Spoilers – Walking Back The Impossible

Zoe was caught. Her true feelings were exposed. So, she apologized and explained herself.

The reference to fear, when describing that she was afraid of the quickness of the Zarter engagement process, was honest. That is how she felt and viewers know that she expressed that feeling to others.

But Zoe’s mistake was in not sharing her trepidation with Carter. Her leading reason for withholding that reality was because of thoughts she had about Zende. But his decision to reject her may have caused Zoe’s feelings about Zende to change.

Yes, Zende did leave his marriage and return to Los Angeles, California. So, Zoe was right in thinking that he was a single, available man. That’s the phrase that Paris used when describing Zende to Zoe.

However, Zende repeatedly told Zoe to back off. He was attracted to her but didn’t want to dishonor what she and Carter had. Zende was also friends with Carter and while they weren’t close, de Metz’ character knew it was ethically wrong to pursue a relationship with Zoe while she was engaged to Saint-Victor’s alter ego.

Carter might come to forgive Zoe after awhile. But that could be years from now, if at all.

So, Zoe is taking a risk. She plans to make a full, emotional press.

Further attempts to offer logical arguments about her actions will continue to fail.

Whether Carter should allow himself to consider what would be a re-engagement is debatable. Zoe did betray him.

But her point about being rushed into marriage is valid. So, it does seem best to at least hear her out. Then Carter can consider, or pursue any revival slowly and hopefully not set a wedding date anytime soon.