The Young And The Restless (Y&R) Spoilers: Lily And Victoria’s Conflict Heats Up – Both Ladies Want Billy 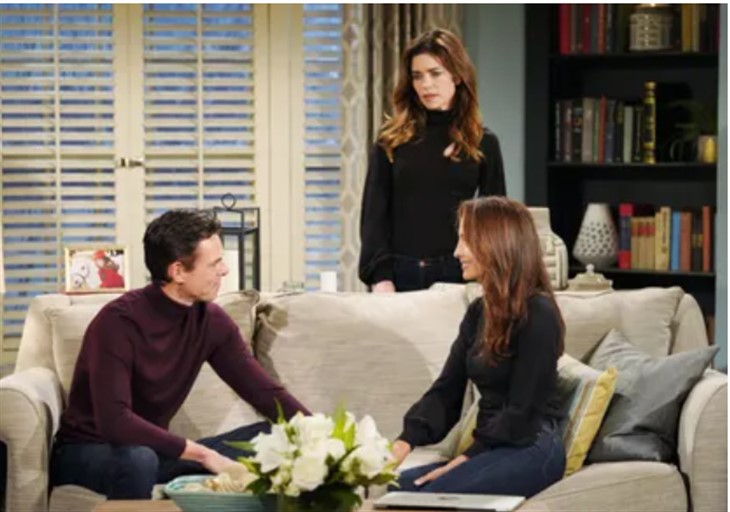 The Young and the Restless (Y&R) spoilers document that in Genoa City, Wisconsin Lily Winters (Christel Kahlil) will soon come to share Victoria Newman’s (Amelia Heinle) approach. This change in dynamic will impact the relationship Lily and Victoria have with Billy Abbott (Jason Thompson) and the forced connection they have with each other.

Victoria sees Lily as a problem to be overcome. Heinle’s character doesn’t necessarily want Billy back. She also doesn’t want his romantic attention to be held by anyone else.

Lily didn’t see Victoria as a threat. Now, she believes Victoria is someone whose expectations can be managed.

The Young And The Restless Spoilers – Playing The Newman’s Game

As with all things Newman, either one plays the game on that family’s terms or one loses in one way or another. Lily’s currently being pulled to that field of battle.

Victoria’s increasing pop-up appearances are intentional. Lily has gotten the message and so has Billy. BiLily is committed to standing united.

Billy is naturally a far more skilled player in Newman-world. He detected Victoria’s family-time ploys and has been calling her out. Recently, he reinforced what their new co-existence would be like and Victoria bristled. She, like her father, doesn’t like to be told anything, especially when a soul mate is doing the talking.

Victoria is very much like her father. But it must be said that she’s developed a much nicer way of manipulating people. Victoria also is able to generally keep herself in check.

Longtime Y&R fans can arguably debate if Victor Newman’s (Eric Braeden) treatment of Nikki Newman (Melody Thomas Scott) is similar to how Victoria thinks of Billy and is treating him. It’s fair to suggest that Victoria has been treating Billy as Victor treated Nikki during their separation and divorce periods.

The Young And The Restless Spoilers – Will Villy Ever Return?

The answer to the subject header question can’t be a hard no. This is daytime, where anything is not only possible, unlikely turnarounds and revivals can happen rapidly.

For the moment, BiLily is a real couple with a strong potential to endure. But Villy is tied by children and deep history.

Lily knows that she’s in for a fight and believes that Billy is worth it. Victoria has played games before and has won on multiple occasions. So, this conflict is intriguing and its still too early to set odds on winners and losers.