The Young and the Restless (Y&R) Spoilers: Devon And Elena Come To The End Of The Road 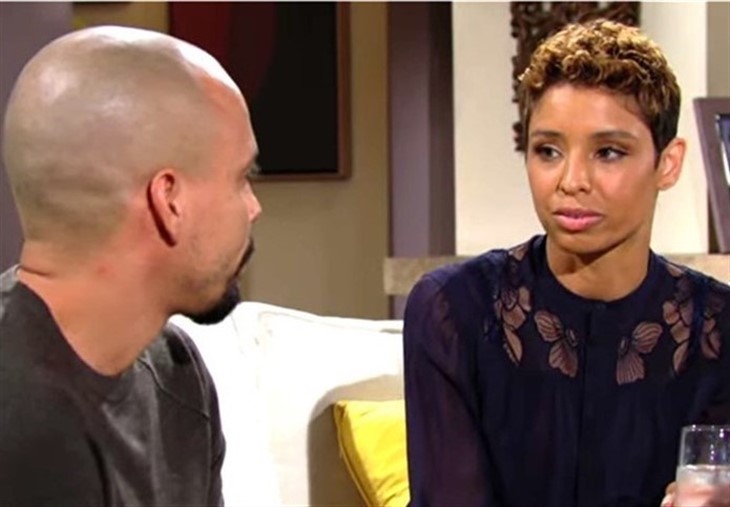 The Young and the Restless (Y&R) spoilers say that while things have certainly been very rocky in Genoa City, Wisconsin for Devon Hamilton (Bryton James) and Elena Dawson (Brytni Sarpy) in their on-again, off-again relationship, it looks like they’ve come to the end of the road. In fact, it’s Elena who believes that it’s time for her to quit Devon once and for all. And while it might sound like the right thing to do, it won’t be easy for either of them. Here’s what you need to know.

According to the latest edition of Soap Opera Digest, after purposely keeping her distance from him, Elena decides to show up at Devon’s place and asks if he’s ready to give up on them for good. Sure, it sounds like a very loaded question, but it’s one that both of them need to answer for their own good.

Speaking to Soap Opera Digest in a new interview, actress Brytni Sarpy, who plays Elena on the hit CBS soap, says that she knows Devon is not willing to accept and forgive what she did with Nate Hastings (Sean Dominic). Simply put, Devon just doesn’t trust her enough for them to try again, but at the same time, he admits that he still loves her even though they aren’t meant to be with one another.

Brytni puts it this way to the publication, “Although the love is evident between them, the circumstances make it feel impossible of ever getting back together. Amanda and Nate will always be in the periphery, leaving a lot of trust issues and pain between them.”