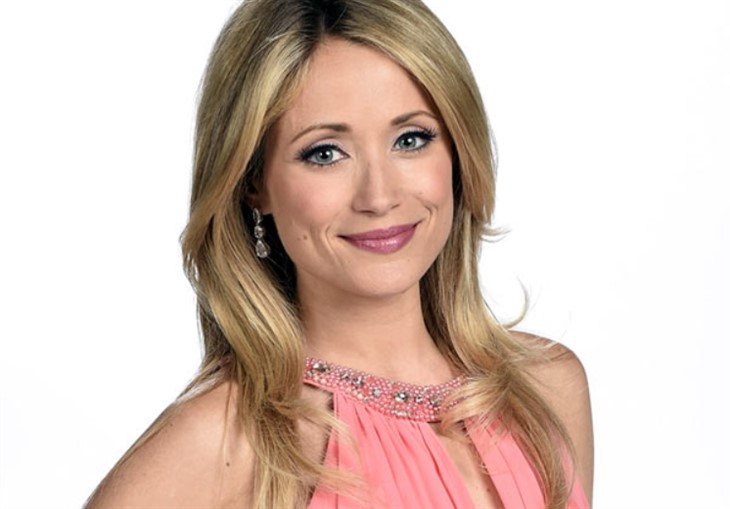 General Hospital spoilers reveal that fans were shocked when Emme Rylan, as well as some other core actors, were let go from the long-running ABC soap. Lulu Spencer wasn’t killed off but is in a coma. So, she could wake up at any time. Perhaps that time is coming sooner rather than later? The actress just posted an update to Instagram that could answer that question.

GH spoilers reveal that fans were not happy when the news came out that Wiliam deVry (Julian Jerome) and Emme Rylan were let go. Both actors made it clear to their social media followers that it was not their choice. Of course, there is always the chance that Emme could return and fans are hoping that she wakes up from her coma. It’s interesting because her name actually has been mentioned by current GH actors lately.

Just a few weeks ago, Dominic Zamprogna was answering questions about his character, Dante Falconeri, and the relationship with Sam McCall (Kelly Monaco). When asked about a possible romance, the actor said that if Dante and Sam ended up together, that would probably be the time when Lulu would wake up. He also mentioned that Sam and Jason Morgan (Steve Burton) are supposed to be “forever.” Maybe it was wishful thinking on our part, but it made us wonder if Zamprogna was giving fans a big hint of Emme’s return.

General Hospital spoilers reveal that on Instagram, Rylan revealed that she is back in L.A. and back on schedule. She even dropped her kids off at school. As fans might be aware, after she was let go from GH, Rylan and her family went traveling. So, could her return to the city, as well as her talking about being “back on schedule” include her coming back to the ABC soap? She didn’t mention anything about work but was pretty excited about the silence in the car (every mom totally understands what she’s talking about!)

There is no confirmation on if Lulu is going to wake up and if Rylan is coming back to the soap. However, fans are not happy about fan-favorite characters being let go. It seems to be happening on all four soaps. Not only are fan-favorites leaving, but so are legendary and iconic characters that should have front-burner storylines. So, perhaps GH is listening and bringing some back? We can only hope that Rylan will be brought back so Lulu can wake up from her coma. We will keep you posted on new developments and updated information about this situation.