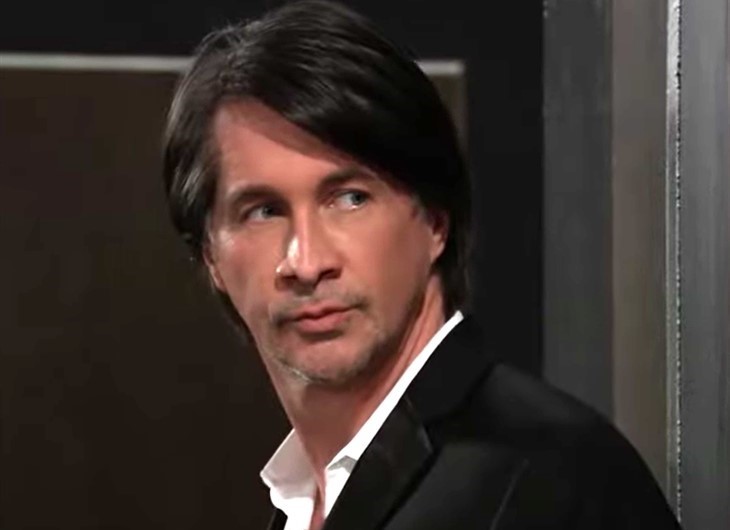 General Hospital Spoilers suggest that Gregory Chase’s (Gregory Harrison) world is about to come crashing down around him when he learns about his wife, Jackie Templeton’s (Kim Delaney) affair with his son. Can Gregory and Hamilton Finn’s (Michael Easton) relationship be repaired after this revelation?

General Hospital’s Jackie and Finn have kept this secret for over three decades. Gregory has always wondered what happened before the wedding that seemed to have given Jackie cold feet. Now Gregory has learned that his wife and son slept together the night before she married him.

Now, GH spoilers show Gregory needs to know what else he doesn’t know about. Gregory is about to learn the whole sorted tale and he won’t be happy. Finn and Jackie’s secrets could end the relationship that Gregory and Finn have built. Can their father and son relationship be saved?

General Hospital’s Finn has lied for years about why he didn’t come around his father and Jackie more often. Finn claimed to be upset because his father married Jackie so quickly after his mother’s death. However, the truth was that Finn could not handle being close to Jackie because he had fallen in love with her. When Finn and Jackie met there was an instant attraction.

According to General Hospital rumors and spoilers, Finn fell in love with the woman who was to marry his father. Jackie felt the same about him. However, Finn wasn’t going to take his father’s fiancé from him, not unless she called off the wedding. Jackie and Finn finally gave in to their feelings the night before her wedding and slept together. The next day, Jackie waited for Finn to come and ask her to call off the wedding. Finn thought Jackie would end things on her own. However, Jackie went ahead and married Gregory when Finn didn’t ask her to call it off.

General Hospital’s Jackie and Finn have kept this secret all these years because they haven’t been around each other. Now that Jackie and Finn are in the same town they cannot seem to keep their mouth shut about their affair.

Now that Gregory knows the truth, can he and Finn ever repair their relationship? Are Gregory and Finn back to where they started from instead of connecting as father and son?