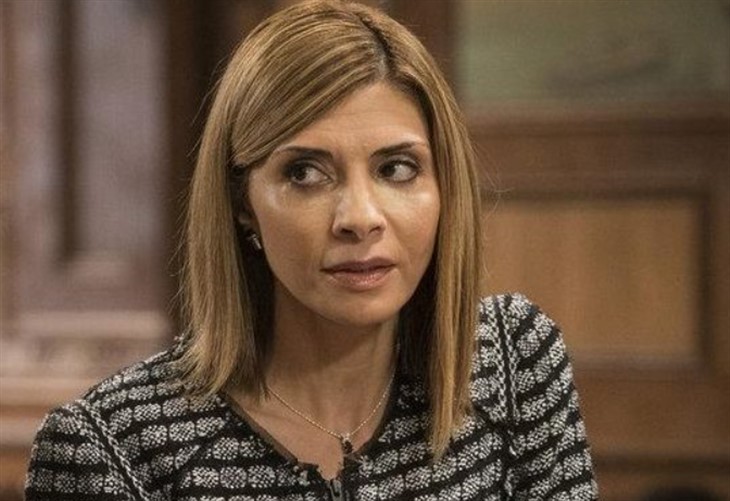 In May, we will be saying goodbye to one of our favorite shows, NCIS: New Orleans, as the crime thriller finally comes to an end. But, before that final episode comes around, NCIS viewers are in for a surprise. The series will be bringing back Sasha Broussard, a former member of the Broussard cartel in New Orleans, played by actress Callie Thorne.

The character Sasha Broussard is remembered for her role as an informant for the crime investigation unit in season one. This was after she declared herself no longer a member of the Broussard cartel, who ruled the crime scene in the city of New Orleans. Even though the agent in charge of the case, Agent Dwayne Pride believed her claims, it was ultimately discovered that she was taking the crime division for a ride with her bogus tales. She was subsequently charged and sent to prison for her actions.

NCIS: New Orleans – Sasha Comes Back With A Bombshell

Callie Thorne will be coming back in a reprise of her Sasha role after securing early furlough from her prison sentence in the episode, “A Changed Woman”, in last year’s season six. Her early release was the outcome of giving vital information to Agent Dwayne that helped with the successful closing of a case. In this seventh and final season of the drama series, she will be revealing vital information that will surprise an agent she has had dealings with in season one, Agent Dwayne Pride, played by actor Scott Dakula.

It was revealed by producers of the show that Sasha will be making a return when season seven starts this month, with significant information that could alter the life of the newly reinstated agent, Agent Dwayne. It had earlier been announced in February by the President of CBS Entertainment, Kelly Kahl, that NCIS: New Orleans will come to an end after been a source of intriguing entertainment to millions of viewers across the United States for seven years.

In his statement, the President thanked the writers, producers, actors, actresses, and the entire broadcasting crew for making the show different by staying true to the traditions of the New Orleans area of Los Angeles, which ultimately made the series a huge success. He thanked viewers of the show for staying true to it and promised that the final season will be a memorable one for them, as they part ways with their favorite characters of the highly successful series.

Scott Dakula, who plays the role of one of the series’s favorite characters, Agent Dwayne, said he will miss the show, the remarkable experience of shooting episodes in the city, and ultimately the viewers. He thanked CBS Entertainment for their steadfast belief in the show, as they kept it running for seven years successfully.

The seventh and final season of NCIS: New Orleans will start airing on CBS Television come Sunday, the 21st of March, this year.